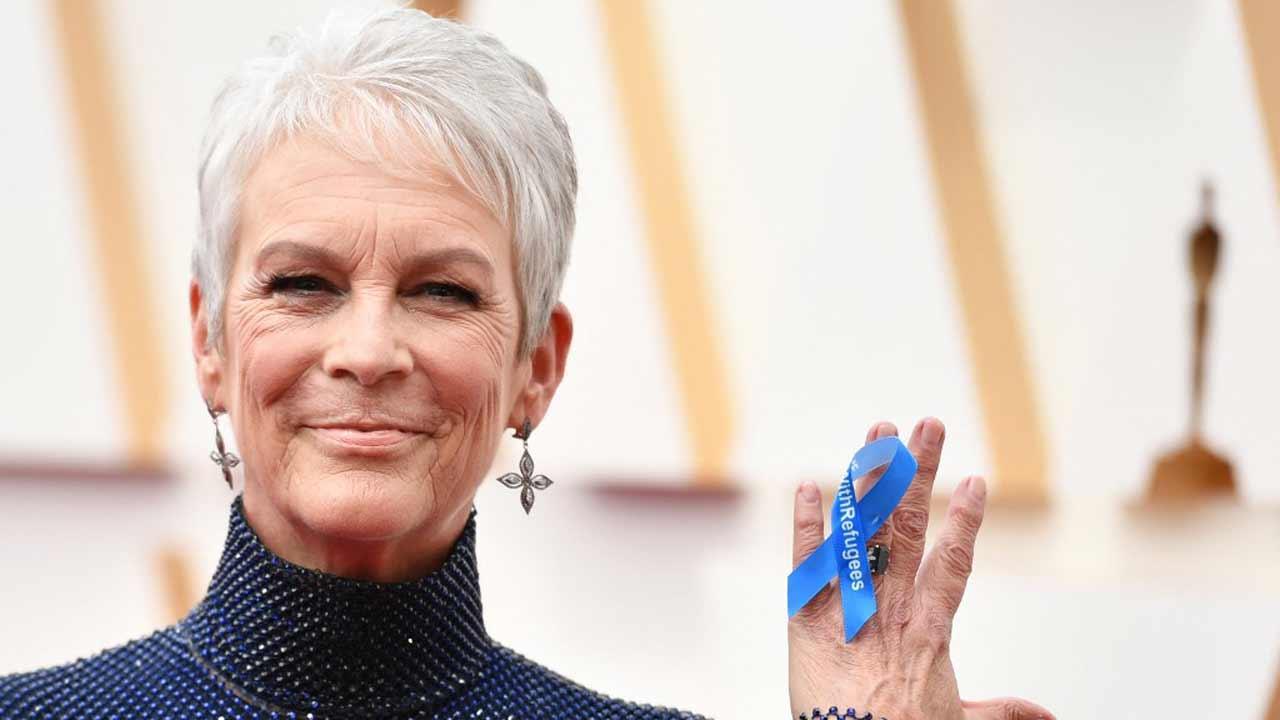 
American actor Jamie Lee Curtis expressed her support for Ukraine by sporting a blue ribbon that read "with refugees" on the red carpet of the 94th Academy Awards.

Curtis wore the ribbon on the ring finger of her left hand as she dazzled in a body-hugging black mesh dress when she hit the red carpet at the Dolby Theater in Hollywood.

Her support for the people affected by the ongoing Ukraine-Russia crisis did not come as a surprise considering the legendary actor spoke out against the invasion overseas earlier this month.

"We are in the middle of a crisis that is possibly going to affect all of us," Curtis told People magazine, adding that "all of us have to pay attention to the suppression."

"Right now it's affecting the beautiful people of Ukraine. It has the possibility of becoming much wider and therefore, all of us need to be paying a lot of attention to this aggression," she added at the time.

She further said, "Putin's a laughingstock. It's hard to imagine ever having any diplomatic relations with Russia again."

Russia launched its invasion of Ukraine last month on February 24 after recognising the Ukrainian breakaway regions of Donetsk and Luhansk as "independent republics." Russia has since continued to maintain that the aim of its operations has been to "demilitarize" and "de-nazify" the country.

The conflict which has now entered its second month has caused a severe humanitarian crisis with millions of refugees fleeing to neighbouring Western countries, including Poland, Romania, Moldova and Hungary.

The Russian actions have been condemned by almost all the western countries, who rolled out severe sets of sanctions targetting the Russian economy, and key individuals.

Russia has also faced economic blowback. In response to the country's invasion, several entertainment companies including Amazon, Netflix, WarnerMedia and Sony Music have decided to pause or entirely withdraw business in Russia, while all of the major studios including Paramount Pictures have announced they will stop premiering their films in the country.