The 'Marry Me' star also teased the same on her Instagram handle by saying, "I am really excited to announce this." As per the engagement announcement video obtained by Page Six, Lopez stared adoringly at her massive green-hued diamond ring 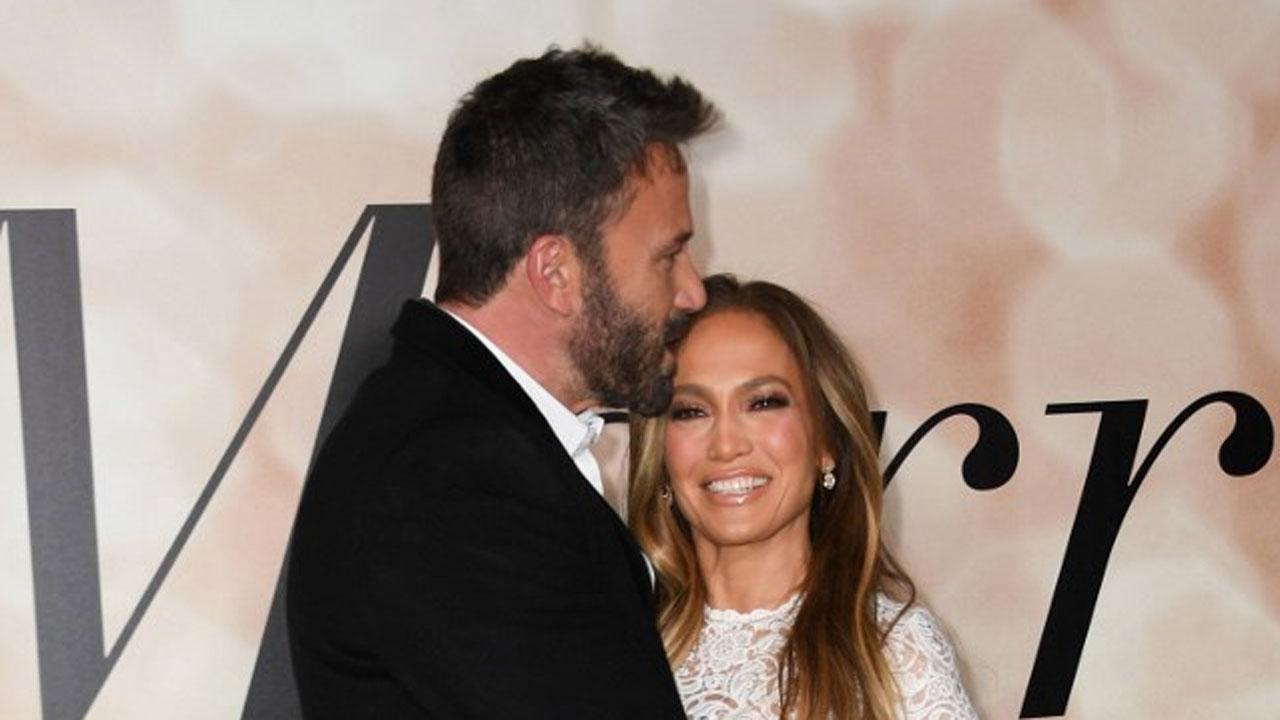 
Bennifer fans rejoice! As almost a year after rekindling their romance, star couple Jennifer Lopez and Ben Affleck have gotten engaged again! Lopez, 52 confirmed that Affleck, 49 has put the ring on her finger again by posting a short video of her "perfect" green-hued diamond band, via her fan newsletter, On The
JLo.

The 'Marry Me' star also teased the same on her Instagram handle by saying, "I am really excited to announce this." As per the engagement announcement video obtained by Page Six, Lopez stared adoringly at her massive green-hued diamond ring.

"You're perfect," Lopez says in a voiceover as romantic music plays. The couple sparked engagement rumours earlier this week when Lopez was photographed by paparazzi, wearing a ring on her wedding finger while shopping in LA with her 14-year-old daughter Emme.

For a quick recap of Bennifer 1.0 days, As per E! News, the Lopez and Affleck began dating in July 2002 while filming the famous box office bomb 'Gigli'. The 'Gone Girl' actor proposed that November with a USD 2.5 million 6.1-carat pink solitaire custommade Harry Winston diamond ring. However, the couple at that time decided to postpone their planned 2003 wedding, blaming "excessive media attention" in a statement, as per Page Six.

Before officially walking down the aisle, the couple split in 2004 and a rep for Lopez confirmed the news to People magazine at that time saying, "Jennifer Lopez has ended her engagement to Ben Affleck. At this difficult time, we ask that you respect her privacy."

After partying ways, Affleck married actor Jennifer Garner. They welcomed three children together-- daughters Violet and Seraphina, and son Samuel. His relationship with Garner did not survive long as they officially divorced in 2017. On the other hand, Lopez married singer Marc Anthony in June of the same year. The couple went on to have twins Max and Emme in 2008. They got divorced in 2014. Lopez entered into another whirlwind romance with former MLB star Alex Rodriguez in 2017.

The 'Jersey Girl' co-stars rekindled their romance in April, just a month after Lopez ended her two-year engagement to Rodriguez. Meanwhile, Affleck before rekindling his romance with Lopez was dating actor Ana de Armas and split with her in January. On the occasion of her birthday, Jennifer Lopez made her relationship with Ben Affleck Instagram official.

Since the reunion, the duo has been virtually inseparable. The two have been clicked making most of their time vacationing with each other and working hard to have their families along every step of the way. The duo recently made headlines after being spotted visiting their lavish estate in the ritzy Bel-Air area of Los Angeles, which they are planning to buy in order to move in together.

Next Story : 'As The World Turns' actor Kathryn Hays passes away at 87