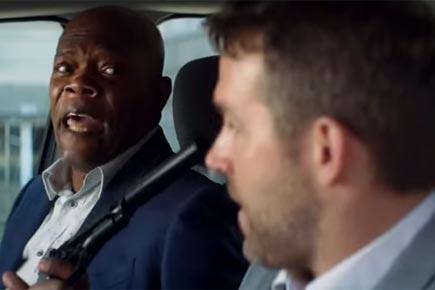 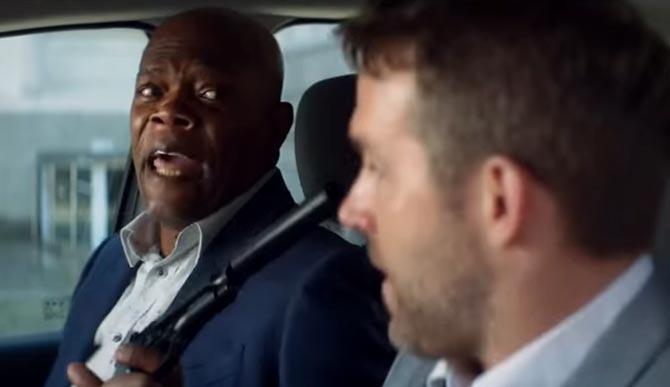 The buddy comedy gets into a little bit of a twist in this hitman-bodyguard team-up where long-winding mouthy and sometimes humorous dialogues hold up the outrageous shower of high-speed car chases, outlandish boat escapades and furious almost unstoppable assemblage of merciless Eastern European mercenaries out for blood.

Michael Bryce(Ryan Reynolds) was once the world's top protection agent, but because of one fatal oversight he has been reduced to doing small time protection jobs for the first comer. And then his ex-girlfriend Amelia (Elodie Yung) from Interpol gives him a call- from thereon his life's back on the fast-track trying to be one-up on numerous never-ending stream of assassins trying to eliminate the prized witness, another super-hitman, the notorious Darius Kinkaid (Samuel L. Jackson) who is the only man alive who bore witness to an Eastern European dictator Dukhovich's(Gary Oldman) extreme human rights violations. Bryce has to safely escort the prisoner from England to The International Court of Justice, The Hague.

By the end of it all you lose track of who the real hitman is and who the bodyguard - because both are shooting off mouth, action chops and guns at such a merciless pace that the romantic play involving Salma Hayek as the sexy spitfire spouse(Sonia), of the dreaded assassin and Elodie Yung as Bryce's true-love-betrayer pales into insignificance.

Aiming for 'Lethal Weapon' indulgence, Director Patrick Hughes tries on every trick in the book to make this a sharper, full-on action comedic thriller but there's just too much of everything- thus making it far more unbelievable than sustainable. But for the charismatic turns by Ryan Reynolds and Samuel L Jackson and to some extent Salma Hayek, this one would have been just as imminently forgettable as countless other odd-couple buddy comedy copycat films we have been subjected to in the past.