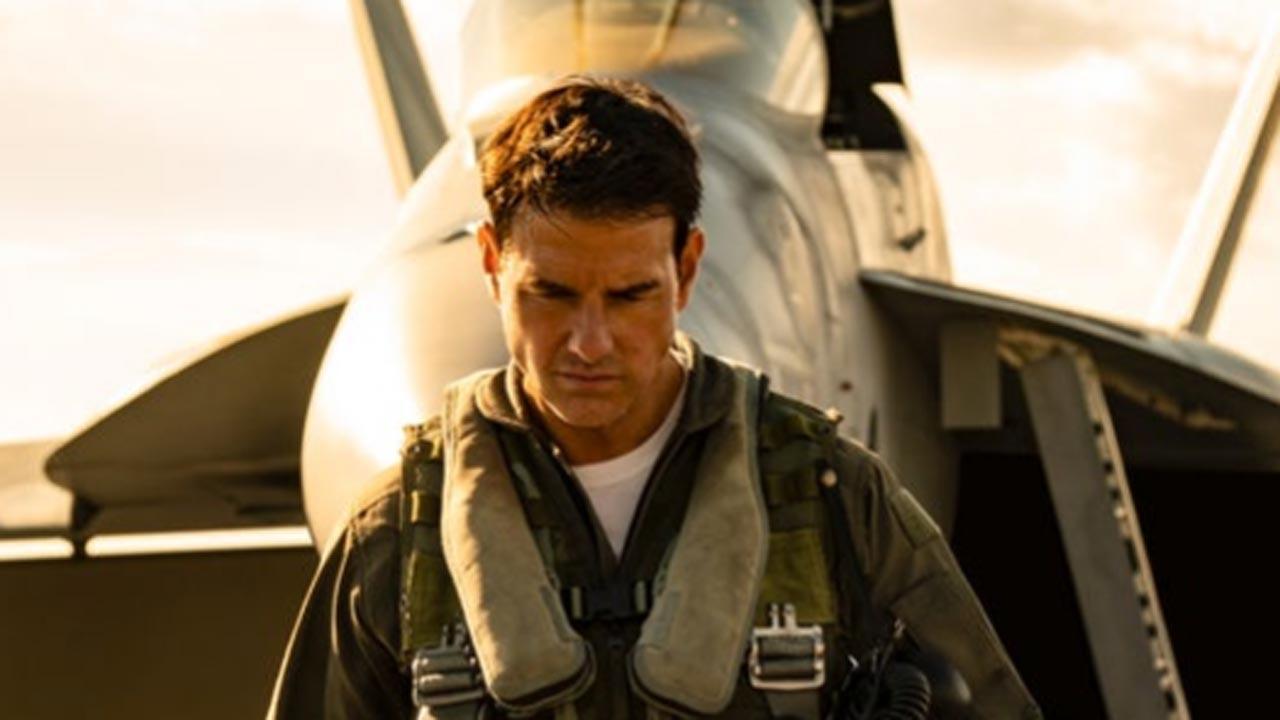 It’s been a 35 year long wait for the sequel to the late Tony Scott’s original, ‘Top Gun,’ and Tom Cruise, the star who flew high thereafter with several series of sequel heavy franchises has touched base again as Pete Mitchell – older, wiser and maybe even ready to rekindle his amour with Penny (Jennifer Connelly).

Pete Mitchell – call sign “Maverick,” deemed the fastest man alive, is back where he belongs thanks to ‘Ice’ (Val Kilmer) – pushing the envelope as a test pilot instructor, imparting training to a bunch of young and willing Top Guns from the Naval aviation academy, who are scheduled to undertake a top secret, high-risk suicide mission in enemy territory that in all probability would be their last ever. You may well call it Mission Impossible. But Tom Cruise as Maverick, who was working on the fringes of the US Navy, as a test pilot when he gets called on this swan song mission, won’t. It’s up to Pete to give the mission hopefuls a fighting chance of returning back alive and for that they will have to undertake flight training equivalent to the risk at hand within a short period.

Producer Tom Cruise and director Joseph Kosinski don’t name the enemy country and that actually takes a lot away from the experience. It’s blatantly obvious they don’t want to take the risk of losing out on Box-office returns due to any adverse counter offensive from miffed nations. Despite this blimp in the experience, Kosinski manages to draw us into this gravity defying, precariously low-flying, full throttle, entertaining adrenaline booster led from the front by its Mega Star who reportedly does all his own death-defying stunts.

The emotional and dramatic stakes here are much higher than that of its predecessor and nostalgia also plays an important role in incrementing its likeability. While the suicide mission sets the scene for a continuous stream of adrenaline gushing high-flying moments, it seems terribly loony at best. The appeal here is augmented by the human drama that co-writers Ehren Kruger, Eric Warren Singer, and Christopher McQuarrie spin-off from the original story by Peter Craig and Justin Marks. Lt. Bradley “Rooster” Bradshaw (Miles Teller), the son of the dearly departed “Goose,” whose accidental death still haunts Maverick, has several issues to be addressed, Cyclone (Jon Hamm), is reluctant to hand over training to Pete and Maverick’s on-and-off romance with Penny add weight to the complex human drama at play here.

The pace of narration is pretty much studied but the authentic training shots (shot in actual U.S. Navy F/A-18s with each cast member going through rigorous training), the breath-taking aerial action sequences and the nostalgia driven frames of Cruise on a motorcycle wearing his original Top Gun leather jacket – all aided by Claudio Miranda’s ace cinematography, make for an amiability that reverberates with sheer awe!