A film so huge that even its parody Naked Gun became a blockbuster—just so we could watch the popular scenes again! 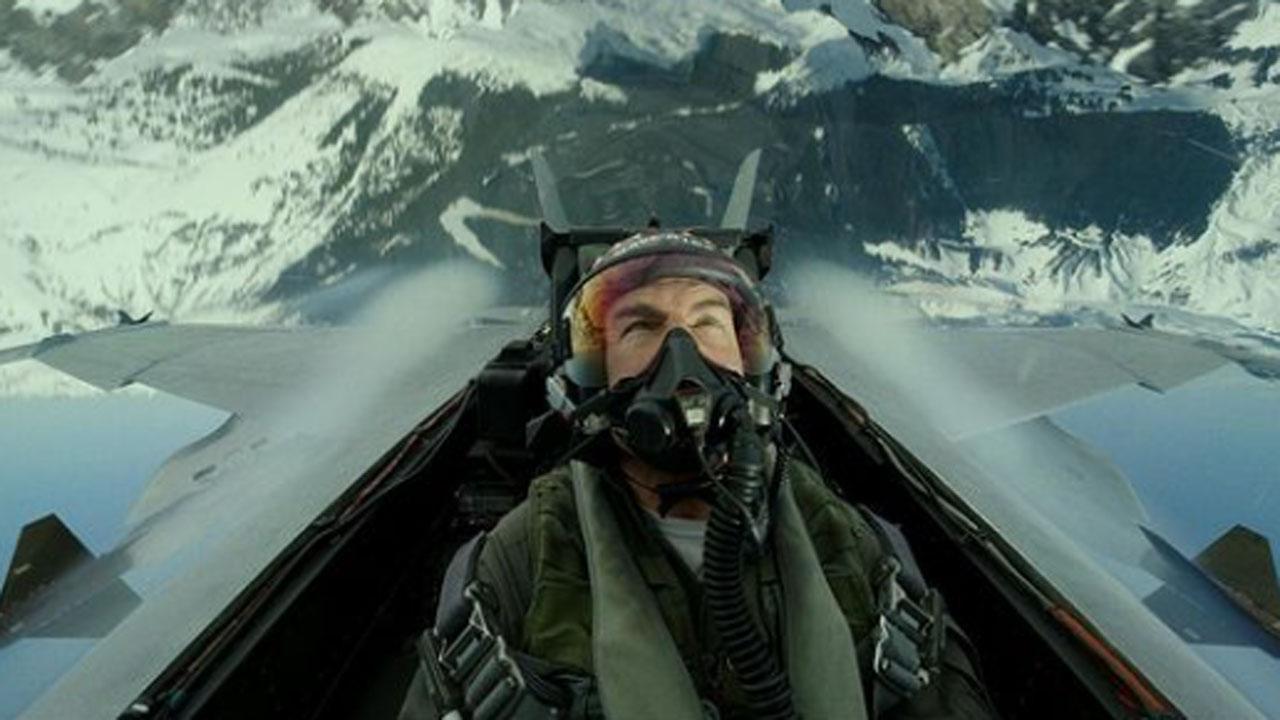 Forget about past lives that Scientologyis obsessed with, and that Tom Cruise follows. In this life itself, while Tom is a Hollywood top gun, he probably doesn’t even know it, he’s actually a Bollywood star, curiously supplanted to another movie universe.

Short, at 5’7’’, jet black hair, ever ready with a wide smile, wearing a monogrammed leather jacket, with a penchant to drop his shirt, to reveal his six-pack torso, at 59—the immediate equivalent of this eternal romantic on a fancy motorbike, isn’t in America.   But back here in Bombay, the Salman/SRK/Hrithik/Aamir type, who similarly simply refuse to age. And nobody minds.We’ve known this about Tom, ever since 1986, when desi kids began putting up posters of Top Gun on their walls, picked up from Archie’s Gallery.

A film so huge that even its parody Naked Gun became a blockbuster—just so we could watch the popular scenes again! I don’t know an equivalent instance.
What was in that Bollywood movie, again? Romance, regret, wingman brotherly love, pining for papa, and enough aerial action to make us wanna turn into fighter pilots. I owned a frickin’ Air Force child-suit myself! And that’s what Top Gun did, actually—encourage you to join the forces; also, come, fall in love!

It’s 36 years since—can’t fantasise about enrolling in the Fighter Weapons School, aka Top Gun, anymore. But Tom as Captain Pete ‘Maverick’ Mitchell in the cockpit again—who “won’t get promotion, but won’t retire”—in this incredibly belated sequel, has the same hypnotic effect on the audiences who, regardless of age, would wanna fly!

Nostalgia is a high anyway. This film lands higher still. For one, technology has advanced enough, not just in aviation, but in filmmaking as well, to more convincingly reproduce/simulate super-sonic flight experience and ‘dog fight’ on screen.

The potentially fatal mission in this movie—dropping bombs on a nuclear reactor—itself last two and half minutes. Which can play in real-time enough, to feel like you’re really in it. I watched Top Gun: Maverick on a regular big screen—will certainly recommend IMAX, if you get the chance.

This is what’s changed in 36 years. What else has? Well, to an audience (like me), the movie seems whiter (with a couple of token black characters) than anything we’ve been used to from a more multi-culti, inclusive Hollywood lately. Also we inevitably think of films on political terms—something we didn’t before.

Though, technically, all movies that glorify the military, are propaganda films—totally dehumanising the dead from the rival force.And, indeed, any cause, as it were, that nations go to war for.But this isn’t so much about enemies at war, nor is it just video-game like mindless action.

In its simplicity, it’s still the ’80s Top Gun.Peter Pan Pete, single, no kids, has a love life, in the form of the lovely bar-owner (Jennifer Connelly). Iceman (Val Kilmer) is an ailing Admiral, who looks a bit like the late film-critic Roger Ebert (right before he passed on). Ebert didn’t think much of the original Top Gun, which is depressing (he’d just outgrown it I guess).

Pete’s deceased wingman Goose’s (Anthony Edwards) son Roosteris his protégé of sorts in this film. That’s actor Miles Teller (Whiplash), gifted with a face that reveals so much of what’s going on in his head, when he does/says nothing. It’s the young naval aviators flying the planes this time.

Pete is still leading the team—he’s not gonna be happy merely being the instructor, of course. Each character, and their basic emotions, drama, action, perfunctorily matter.And women are there for Tom, still.

Here’s what this Bombay film star, touching 60, is telling Hollywood through Top Gun: Maverick—stop turning your heroes into fake super-heroes, and alter-egos of machines and flying objects, decaying their talents and charms inside costumes with nuts and bolts.

We’re getting tired marvelling at the same things. Be more like Bollywood. Give us back the basic heroes of yore. Or maybe, like MJ or Bruce Lee, there really is no one as globally universal as Tom anymore?