Avani Soni talks about talent in the Gujarati entertainment industry

With a dream of becoming a renowned name in the Gujarati entertainment industry, Avani Soni is closely working with the reputed production houses. 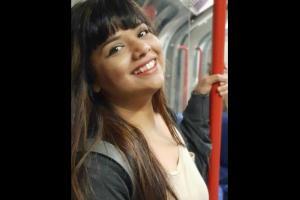 
Entertainment in India is not restricted to just Bollywood. Nowadays, people are loving regional cinema and shows as much as Hindi films. Lately, Gujarati films have grabbed the attention of many cinephiles, and the talent of the people is reaching to a wider audience.

Avani Soni, a popular name in the Gujarati entertainment industry is the youngest casting director and celebrity manager who hails from Surendranagar, Gujarat. Her father, Bipin Soni is a reputed name in the field of journalism who has been into the media industry for almost 50 years. Avani started working at a very young age after finishing her diploma and master studies from Ahmedabad. She entered the entertainment industry at the age of 22 and today Soni is the proud owner of a company named FATC Event and Entertainment.

Started in 2011, the company's growth is reaching new heights as she has been associated with many actors from the Gujarati TV and films which have won National Awards. In a career span of 9 years, she has worked with more than 100 artists and her recent works include films like 'Tamburo' (2017) and 'Chhutti Jashe Chhakka' (2018).

Her aim is to promote deserving artists and give them an opportunity to showcase their talents. Moreover, one of the biggest challenges Avani has been facing in Gujarat is the fact that many families have restricted their children to not act with the fear of casting couch. "It is necessary to overcome the odds. If you possess great acting skills, the most important thing is to showcase your talent on the screen. Hard work has no shortcuts and talent has no boundaries. If you give the 100% to your work, you can fulfil all your dreams", said Avani.

Rightly called as the Ekta Kapoor of the Gujarati entertainment industry, Avani Soni is currently working on a couple of projects and is discovering the best talents all over India. When Mid-Day asked her about her upcoming projects, she said, "2020 is coming with great news and she will be sharing the details about her forthcoming works at the right time."