Mr Karn was appreciative of the fact that Despite being a theatre society of a technical college, Masquerades is incredible in keeping the theatrical and dramatics culture alive 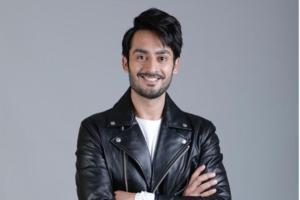 
A renowned artist from Punjabi Film fraternity, Actor Karn Mehta conducted a theatrical workshop on the request of Masquerades, the dramatics society of IIT-Varanasi. The famous actor had also featured in one of the latest punjabi film, GidharSinghi.

Mr Karn was appreciative of the fact that Despite being a theatre society of a technical college, Masquerades is incredible in keeping  the theatrical and dramatics culture alive. Comprising students who are passionate about theatre, Masquerades has achieved various feats in various dramatics events and competitions.

In the first interactive session of "The Thespian Talks" series, Mr Karn Mehta enlightened the students about his journey in the film industry, various acting techniques, key elements of theatre, difference between stage and camera acting and even some knowledge on direction.

This workshop which was conducted on 6th November by Karan Mehta and was a huge hit amongst the students who aspire to be like him. The workshop was a massive success and students from various fields participated in the event with great enthusiasm. Karn with his acting skills helped these students channelise their passion for theatre and encouraged them to become passionate actors and to keep working on their craft.

Karn also shared his experience of being a part of the lead cast of the blockbuster film, GidharSinghi. The movie is already streaming on Amazon Prime and will now be broadcasted on another major OTT platform, the name of which he says will be revealed soon.

Talking about his success, Karn says, I was overwhelmed with such a huge opportunity. It’s always important to keep working hard, wait for the right time and never giving up’.

In a world full of talent, this first-generation actor is proved to be an inspiration for the youth. His popular debut film Gidhar Singh has successfully been able to garner massive fan following across the world. He has been receiving immense love from international fans, who connect with him to praise his work and his character in the film.

Karn also wished all his fans and followers a Very Happy Diwali and urges everyone to stay safe and have a prosperous year ahead.

Karn also often shares his thoughts on the live sessions that he does with various media and individual freelancers from India and abroad.

Karn was also thankful to Masquerades and IIT BHU to have invited him to conduct the session which he said he thoroughly enjoyed as students got to ask him various things about acting and he was happy that he could clear all their doubts and also about the fact that Karn could bring about a positive impact in the lives of these college students. Though Karn thinks their is a lot to learn but at the same time He firmly believes in the saying, " To teach is to learn twice " so if their is something I have learnt and I can teach that to people willing to learn then it is a blessing.

Currently, Karn is reading some of the best scripts and is also getting a lot more opportunities to feature in some of the best music labels and albums because of his talent and latest success and we look forward to seeing him back on screen soon.

Our Viewers can keep themselves connected with  Karn on his Instagram handle - https://www.instagram.com/iamkarnmehta

Next Story : Namrata Shirodkar pens a note for sister Shilpa on her birthday