An intense nationalist by his very existence military school student, filmmaker Megastar Aazaad created a mass revolution with his debut film Rashtraputra in Hindi and Aham Brahmasmi in Sanskrit across the globe 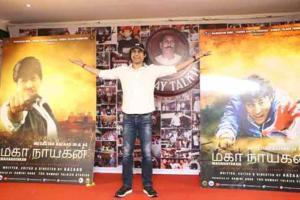 
Megastar Aazaad came and won the hearts of Tamil cine lovers. November 30, 2019 will be remembered in the history of Tamil cinema when nationalist and visionary film-maker Megastar Aazaad marked his grand arrival at Chennai for the first look and grand poster launch ceremony of his magnum opus creation Mahanayakan.

An intense nationalist by his very existence military school student, filmmaker Megastar Aazaad created a mass revolution with his debut film Rashtraputra in Hindi and Aham Brahmasmi in Sanskrit across the globe. Megastar Aazaad's Rashtraputra was screened at the world-famous Cannes film festival with much fanfare on May 21, 2019 and his unique creation, The first mainstream Sanskrit feature film in the history of world cinema Aham Brahmasmi was celebrated as the mouthpiece of mission rejuvenating Sanskrit. Megastar Aazaad emerged as the true icon and the crusader for cultural renascence. The Sanskrit loving audience of India's spiritual capital Kashi and national capital New Delhi welcome their first sanatani Megastar Aazaad grandly. Megastar Aazaad was declared Sanskriti-doot after the bumper success of Aham Brahmasmi by the Sanskrit loving people. Aazaad had taken the responsibility on his broad shoulders with great pride.

Now Megastar Aazaad expands and extends his creative arena to Tamil Nadu. Aazaad created his first Tamil mega movie Mahanayakan to pay respect to the ancient classical language Tamil and Tamil-loving cine audience by spreading it worldwide. Megastar Aazaad told in a loud and clear manner with his characteristic baritone that he is here to fill the gap, distance and difference of culture. He has a noble purpose to unite the north and south part of India with his cinematic talent.

Aazaad was welcomed in traditional Tamil culture. Megastar Aazaad was honoured with shawl and shreefal. The auditorium was full of enthusiastic Tamil audience. The whole atmosphere was just mind-blowing. The audience was very much disciplined but very energetic at the same time. Megastar Aazaad was thrilled to see the Tamil-speaking people chanting his name and started his addressing speech with Tamil and then English and Hindi. Megastar Aazaad knows the art to mesmerize the audience. Aazaad created seer magic with his words of confidence and conviction. It was an event where the megastar is speaking directly to his audience. In another way, it can be called as a heart to heart communication. 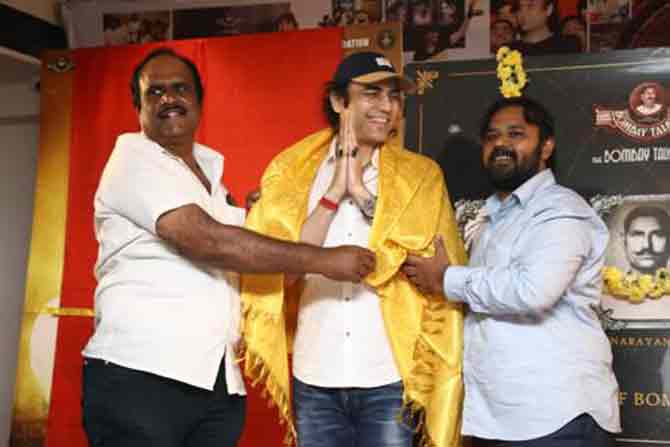 The audience listened, accepted, reacted and appreciated in a very positive way. One can see great hope and confidence in their eyes. With thunderous applause, they welcome Megastar Aazaad. Aazaad with his unique oratory skills won the hearts and minds of South India.

In presence of many well-known personalities, journalists and intellectuals of Tamil cinema, Aazaad roared and rocked the evening with his will to project and promote Tamil films and language across the world in the very presence of Megastar Aazaad on the stage the audience cheered with joy and excitement. They said that Megastar Aazaad's arrival to south India is very similar to the journey of Parshurama and Aadya Shankaracharya to north India. They showed their unprecedented hope, confidence and attachment towards Aazaad and said that one India and great India, incredible India and united India will be realising very soon by the artistic and creative works of Megastar Aazaad. With the effort, talent, devotion and perfection of Megastar Aazaad, north India will get Thiruvalluvar and Subramanium Bharati and south India will get Kalidasa and Bhavbhuti. 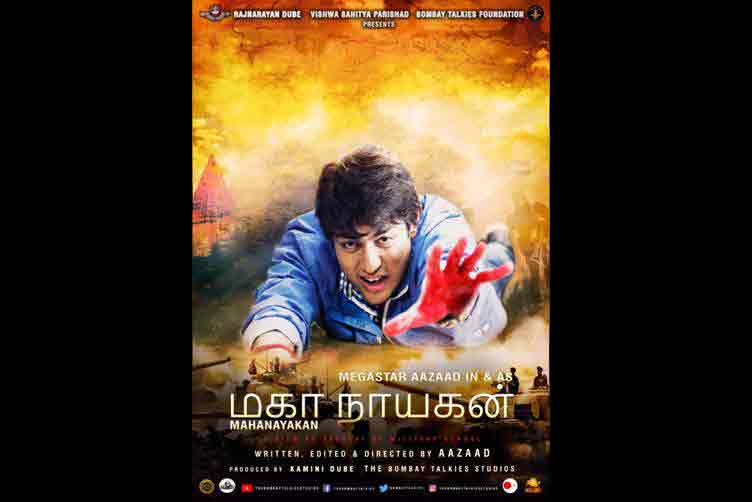 It is noteworthy that the mega Tamil movie Mahanayakan, Rashtraputra and Aham Brahmasmi has been produced by sanatani and nationalist female producer Kamini Dube along with the cinematic giant and Pillar Of Indian Cinema Rajnarayan Dube's legendary film company, 'The Bombay Talkies Studios', 'Bombay Talkies Foundation', 'Vishwa Sahitya Parishad' and 'Aazaad Federation'.

Next Story : The Marathi trailer of Tanhaji: The Unsung Warrior out now