Many renowned Punjabi singers like Kuldeep Manak, Gurdaas Maan, SurinderShinda, ManmohanWaris, KamalHeer have given voice to this super heroic and human folklore 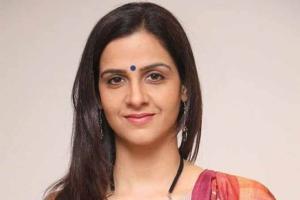 
Tales of valiance and heroism never fail to elicit intrigue, and driven by this thought, Prabhleen Kaur of Almighty Motion Picture has secured the rights to make a film inspired by a book on JaggaJatt, a famous 20th century rebel from Punjabi folklore. Many renowned Punjabi singers like Kuldeep Manak, Gurdaas Maan, SurinderShinda, ManmohanWaris, KamalHeer have given voice to this super heroic and human folklore. And many more films and documentaries have been made on JaggaJatt in Hindi and Punjabi languages with Jairaj & Yograj Singh (Yuvraj Singh's father) as the leads.

Prabhleen Kaur says, "JaggaJatt is one of the story which I am aware from my childhood as I am from Punjab and now it's time to make the story global. We have started work on research & development and will decide which format to go for, long or short, once the script is ready. But the process will be like going back to my roots & I am really looking forward to it.

"We are extremely excited to tell the lesser known but extremely engaging tale of one of India's bravest sons. Only a production house like Almighty Motion Pictures can do justice to this subject," said authors Kiran-Nirvan&Aseem Mahajan whose book JaggaJatt is being published by Locksley Hall Publishing LLP and has been represented by The Book Bakers Literary Agency.

Jagat Singh Virk, best known as JaggaJatt or even sometimes JaggaDaku, emerged as Punjab's very own Robin Hood when he took to robbing from the rich, especially from the British, and giving to the poor. He became an outlaw later, but his independent thinking, his brawny frame, his strength and fight for justice made him stand out in his village from early on in his life.

It was 1902 when Jagat Singh Virk was born to parents who had already lost six of their children. Jagat Singh Virk's birth and survival was no less than a miracle for them, and it also led to the famous saying, "Jaggajammeyatemilanvadhaiyaan". His growing up years saw him indulge in all sorts of mischief, but also plentiful physical activities including wrestling, which becomes a reason for enmity between Jagat Singh Virk and Asgar Ali, who emerges as his long-standing rival. At heart, Jagat Singh Virk is a do-gooder who helps friends in need, volunteers to carry on his shoulders handicapped and elderly who wish to visit the Gurudwara from their home, and distributes crops from the harvest to poor families whose land had been seized by British landlords.

Increasing atrocities from the British on his tribe make his blood boil, and a series of events lead to the transformation of Jagat Singh Virk to JaggaJatt, a time rebel who is a saviour, a hero in the eyes of his own people."

The story of JaggaJatt will be told through an awakening for his great grandson Kuldeep as he comes face to face with a long-held secret about his ancestral roots, and he is able to draw the parallels between himself and his great grandfather, a cult figure in Punjab."