The film, which apart from Kamal Haasan also features Vijay Sethupathi, Fahadh Faasil in the lead, continues to do brisk business at the box office the world over 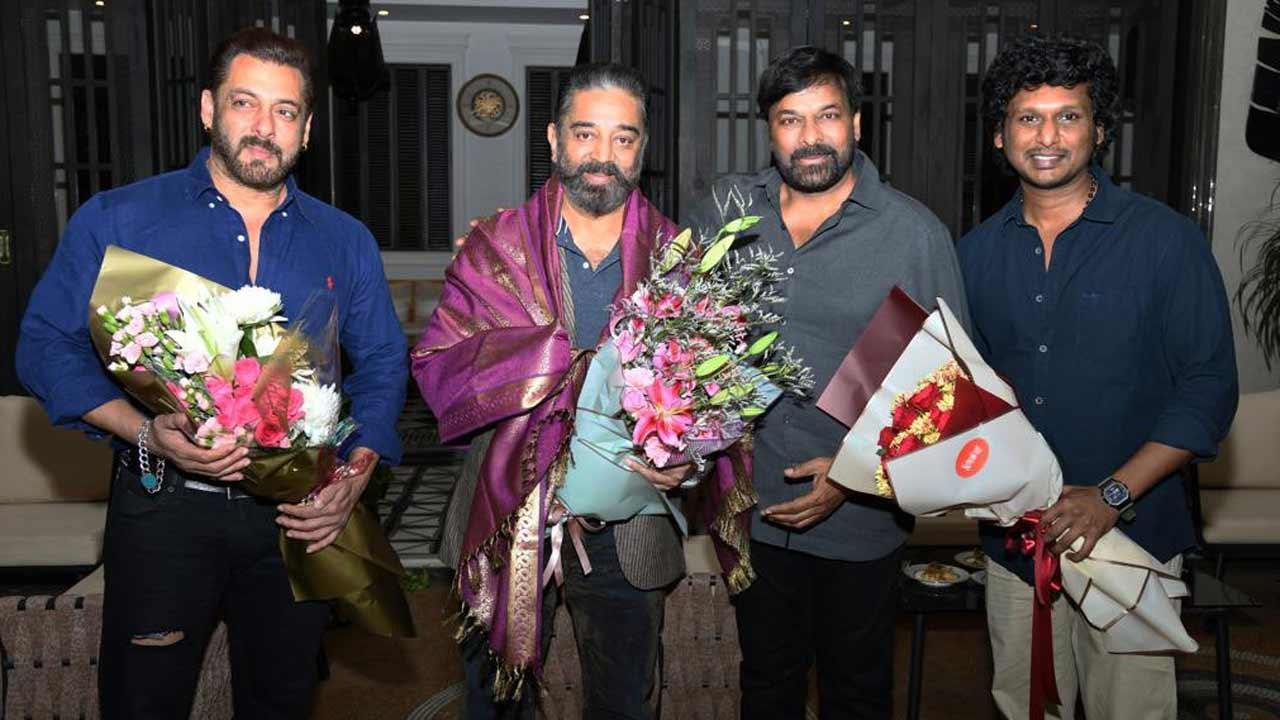 
Even as news emerged that director Lokesh Kanakaraj's action entertainer 'Vikram' had become the highest Tamil grossing film of all time in the UK, Telugu superstar Chiranjeevi on Sunday honoured Kamal Haasan in the presence of Bollywood superstar Salman Khan for the "spectacular success" of the movie.

Posting pictures of them together on social media, Chiranjeevi wrote: "Absolute joy, celebrating and honouring my dearest old friend Kamal Haasan for the spectacular success of 'Vikram' along with my dearest Sallu Bhai.

"Director Lokesh and team at my home last night. What an intense and thrilling film it is!! Kudos My friend!! More power to you!"

The film, which apart from Kamal Haasan also features Vijay Sethupathi, Fahadh Faasil in the lead, continues to do brisk business at the box office the world over.

The film is now in its second week and still going strong, much to the delight of its cast and crew.