Veteran Kannada actor Michael Madhu, known for his comedic roles, passed away on May 13. The cause of death is not known yet, but reports suggest he died of a heart attack. He was 51. 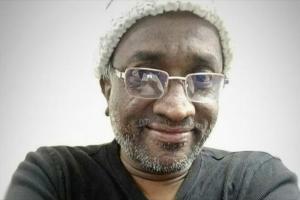 
It has been a tragic and traumatic year for Indian Cinema. We have lost some of the biggest names of the business and they all left us too soon. After the unfortunate demise of Irrfan Khan, Rishi Kapoor, and Bullet Prakash, Indian Cinema has lost another veteran actor who was known for his comedic roles in the Kannada industry, Michale Michael Madhu.

He passed away on May 13 at 6:30 pm, a report by IBTimes stated. He is survived by a wife and two daughters. He collapsed in his house and was immediately rushed to the KIMS Hospital. The actual cause of his death has not been revealed but reports state he died of a heart attack.

The veteran actor acted in more than 300 films in just a span of 15 years of his career. Karthik Gowda, the creative-executive producer of Hombale Films, condoled his death on Twitter. This is what he had to say:

RIP Michael Madhu. Many of your works still generate so much laughter for the audiences. pic.twitter.com/KD9JNsOC8P