Neha and Ila are currently shooting for the film, "Aafat-e-Ishq", and Neha pointed out Ila had "incredible energy" that was "contagious." 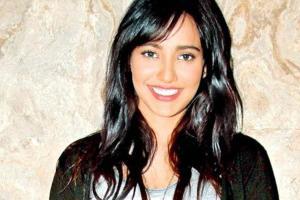 
Actress Neha Sharma counts working with veteran actress-singer Ila Arun as a highlight of shooting for a new film. Neha and Ila are currently shooting for the film, "Aafat-e-Ishq", and Neha pointed out Ila had "incredible energy" that was "contagious".

"It has been a fun ride shooting for the film. Everyone on the set has been super enthusiastic. The entire team is extremely brave, hardworking and passionate about this film, else shooting during times of Covid would be impossible. For me, the highlight was (getting) to work an incredible cast and crew, especially Ila Arun ma'am," Neha said.

About the film, she added: "It's a quirky film that we hope will bring a smile to everyone watching. We are still in the middle of the shoot and it has been nothing short of exciting."

"'Aafat-e-Ishq', is based on award-winning Hungarian film, "Liza, The Fox-Fairy". The film is directed by Indrajit Nattoji. The Zee5 original film also features Namit Das, Deepak Dobriyal and Amit Sial and is currently being filmed in Nashik.