Prachi Desai praises Naga Chaitanya, shares a photo with him

In an Instagram post, Prachi Desai also revealed that she had to learn Telugu phrases for her role 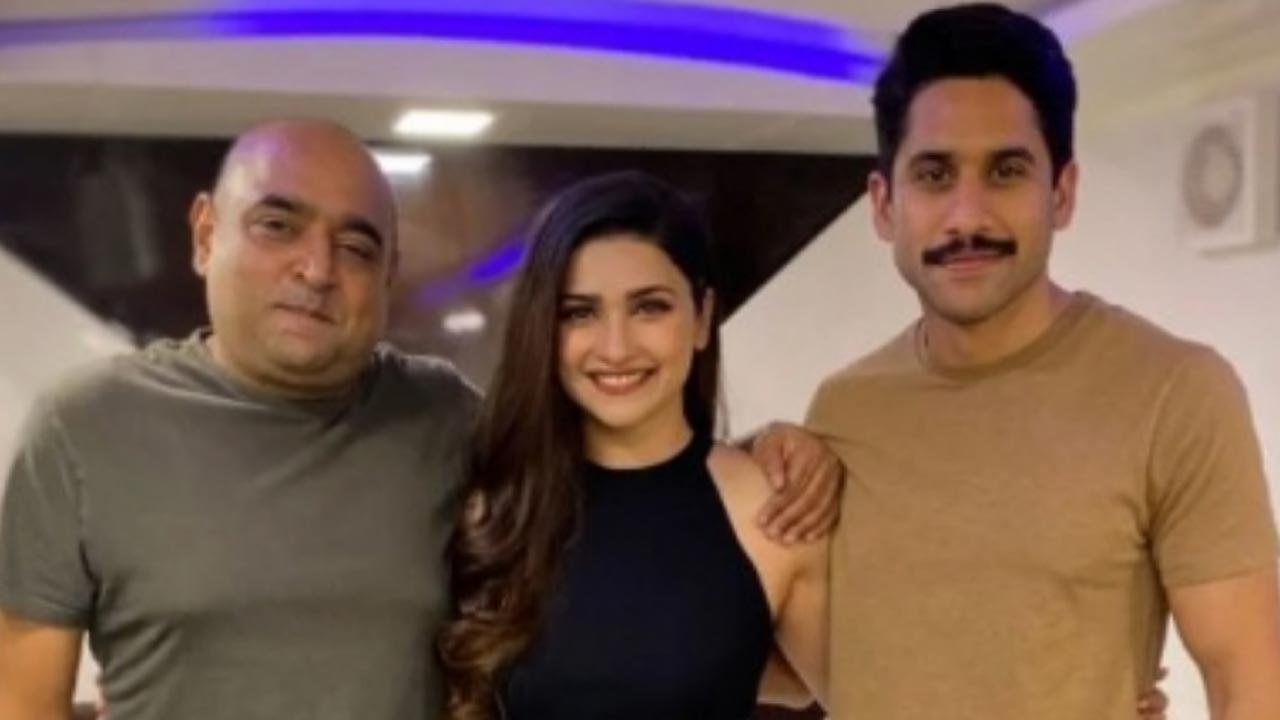 In an Instagram post, Prachi Desai also revealed that she had to learn Telugu phrases for her role.

Prachi is seen standing with Vikram and Naga Chaitanya in a snapshot provided by her, and they all appear to be at ease in each other's presence.

Prachi Desai has been making headlines for her upcoming series 'Forensic 2022,' which will premiere on June 24.

Apart from this series, she is also working on 'Dhootha,' a highly-anticipated new series directed by Vikram of 'Manam' fame and starring Naga Chaitanya in the lead role.

Prachi just wrapped filming for the series, which is set to premiere later this year.

On the other side, Naga Chaitanya is looking forward to the release of his films 'Thank You' and 'Laal Singh Chaddha'.