Taking to Instagram, the actor posted a picture of himself with director Gautham Vasudev Menon and music director A. R. Rahman 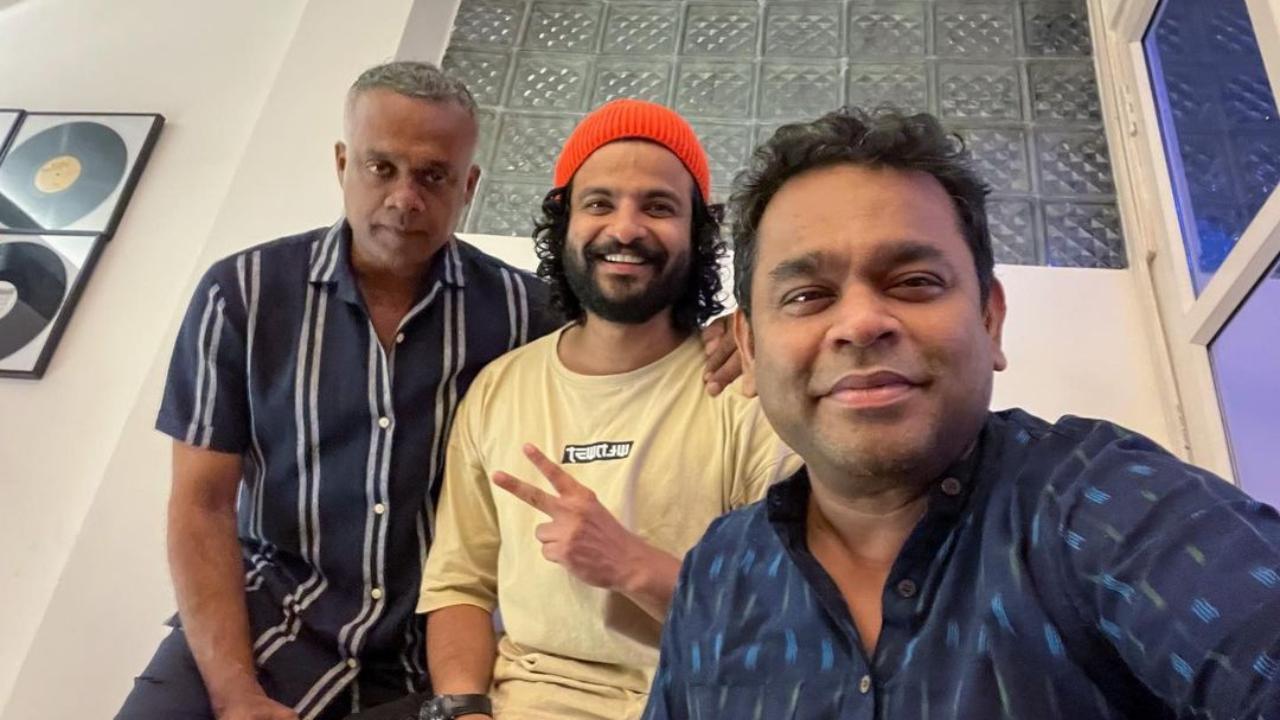 
Well-known Malayalam actor Neeraj Madhav, whose performance in the just released Tamil film, 'Vendhu Thanindhadhu Kaadu', has come in for much praise, is on cloud nine that he has also written and sung for A. R. Rahman in the film.

Taking to Instagram, the actor posted a picture of himself with director Gautham Vasudev Menon and music director A. R. Rahman.

He wrote: "Yes, I wrote and sang for A. R. Rahman! Manifest and dreams do come true!

"I was trying so hard to keep this to myself, those who watched 'Vendhu Thanindhadhu Kaadu would already know, but now I can tell the world!"

"During my speech at the 'Vendhu Thanindhadhu Kaadu' audio launch, I happened to sing a verse dedicated to A. R. Rahman in front of him. The next thing I know, I'm sitting with the legend himself in his studio and making this track!"

"True fanboy moment! 'Venthu Thaninthath Kaadu' is in theatres now. My Tamil debut as an actor and a rapper! #bucketlist #ARR #VTK."

Neeraj Madhav is also well known for playing the antagonist in season 1 of the hit web series , 'The Family Man'.

Next Story : Shruti Haasan's single 'She is a Hero' garners over a million views