Currently, Nawazuddin Siddiqui is gearing up for his next film Manto, where he plays the lead role of the Indo- Pakistani Urdu author- writer, Saadat Hasan Manto. 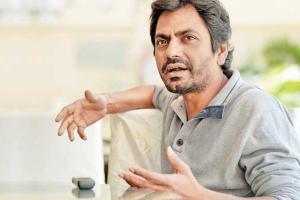 
Nawazuddin Siddiqui is currently riding high on success with his recently released web series 'Sacred Games'. The versatile actor has innumerable projects in his kitty and now with appreciations flooding in from all the corners of the globe for his kick-ass portrayal of Ganesh Gaitonde, the actor has been bombarded with film proposals.

Currently, he is gearing up for his next film 'Manto', where he plays the lead role of the Indo- Pakistani Urdu author- writer, Saadat Hasan Manto. Alongside, he has also started shooting for his Tamil debut film with none other than Superstar Rajinikanth.

Amidst all this, Nawaz has now been offered Chris Hemsworth's Netflix debut film titled 'Dhaka'. The film is set in India and will be shot in the country too.

However, Nawaz had to turn down the offer as he already has so much in the plate at the moment that he needs to first get done with them, after which can he take up new films. With so much in hands, the actor is completely packed with his various projects for the next few months. Following which he had to turn down Chris' film.

Next Story : Kapil Sharma to make a comeback on this date