Upasana Singh opens up on Kapil Sharma, branching out of his show and trying out new things, and why one doesnt always work with the same people. 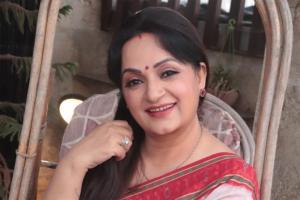 
Upasana Singh has been a part of the Hindi film industry for a very long time. She's best known for her performance in Judaai that came out in 1997, and she was also seen in David Dhawan's Judwaa 2. She left Kapil Sharma's show and in an interview recently, she has spoken about how one doesn't always work with the same people and how there's no animosity between them.

In an interview with Times of India, Singh, while talking Kapil Sharma, stated, "I am connected with Kapil and we often speak to each other over the phone. In fact, he was to sing in my directorial debut Punjabi film and we had even met each other for the same. He is a very nice person. Many people try to float rumours that we are enemies just because we are not working with each other it doesn't mean we are enemies."

She added, "It happens you don't always work with the same people. I have worked in films also, but that doesn't mean I will keep working with the same people. I've had great time working with Kapil and team and they are fantastic people. I have some beautiful memories with them. It will always be with me. It's not like he doesn't call me, or we don't talk to each other. There is no animosity. In fact, I worked with him twice in between. We all are good friends. Kapil is very sweet to me and he speaks to me nicely."

Next Story : When Kamya went down on her knees for Shalabh & his reaction was epic