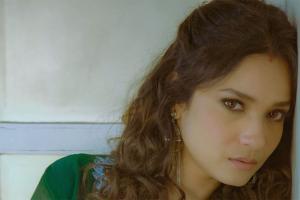 
Actress Ankita Lokhande, who dated Sushant Singh Rajput for a while, took to social media and shared a cryptic post a day after an FIR was filed against actress Rhea Chakraborty by the family of the late actor.

Ankita posted an image that reads "Truth Wins", on her social media accounts without mentioning anything else. Have a look right here:

Ankita dated Sushant for almost six years. They met on the sets of Ekta Kapoor's TV show "Pavitra Rishta". One month after Sushant's death, Ankita had finally penned a post on social media in his memory. Taking to her Instagram account, Ankita posted a picture of a diya. "Child of God," she had captioned the image.

On Tuesday, Sushant's suicide case took a dramatic turn after the late actor's father KK Singh filed an FIR at the Rajiv Nagar police station in Patna accusing six people, including Rhea, for abetment to suicide. The police are investigating the case.

In his complaint, Sushant's father said, "While my son was doing extremely well in Bollywood till May 2019, a girl named Rhea Chakraborty and her family members and others got in touch with him so that she could use his contacts to make a career in the film industry."

"She along with her family members, namely Indrajit Chakraborty, Sandhya Chakraborty and Shauvik Chakraborty, started interfering in my son's life. They even forced him to move out of the house he was living in, saying that some paranormal activities were going on there which had a big time impact on my son's mind. They forced him to live in a resort near Mumbai airport," he said in his complaint.

He has also mentioned in the FIR that Rs 15 crore was transferred from Sushant's bank account to other bank accounts that were not linked with the late actor in any way.

He even accused Rhea and her family members of stealing Sushant's laptop, cash, jewellery, credit cards with PIN numbers, and threatening the late actor of making his medical reports public.

Sushant's father also sought to know the kind of medical treatment the late actor received and the medicines given to him. He also demanded an investigation against the doctors whom he suspected were involved in "a conspiracy along with Rhea".

On June 14, Sushant was found hanging in his residence in Mumbai. The postmortem report had stated that the actor committed suicide.

Next Story : Neha Kakkar is a fan of this Sa Re Ga Ma Pa Li'l Champs contestant