Mukesh Khanna, while talking about Ekta Kapoor's version of Mahabharata, slammed her and the makers for murdering such a historic story! 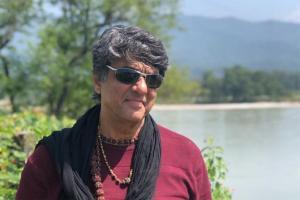 
Mukesh Khanna is known as Shaktimaan, Indian's first Superhero. He's also known as Bhishma Pitamaha from the iconic show, Mahabharat. And if you remember, even Ekta Kapoor came up with her version of the iconic show and Khanna slammed the show and the makers for ruining such a classic and historic story.

Speaking to Mumbai Mirror, the actor said, "Ekta Kapoor had said that she was making Mahabharata for modern people. If the serial name would be 'Kyunki Greek Bhi Kabhi Hindustani the', then I would accept Ekta's Mahabharat. Who has given them the right to slaughter an epic? They have changed the actual version of Devarath's 'Bhishma Pratigya' to something else and created a vamp-like image for Satyavati, among other things in the show. They tried to be smarter than Vyas muni."

He added, "I had a problem with that! I want to point out that Ramayana and Mahabharata are not mythologies, they are our histories."Well, the actor is currently working on the new version of Shaktimaan and it will be completed very soon. What can we expect from version 2.0? He said, "We will talk about new issues and problems - like today's problem with the kids, environmental problems, addiction to technology, etc in the new version of Shaktimaan."

Well, let's see if this version turns out to be as historic as the original one or not!

Catch up on all the latest entertainment news and gossip here. Also, download the new mid-day Android and iOS apps. Mid-Day is now on Telegram. Click here to join our channel (@middayinfomedialtd) and stay updated with the latest news

Next Story : Rupali Ganguly on Sarabhai v/s Sarabhai: Fun to watch it with my son