'After I gave birth, my body changed, didn't step out of the house'

sarabhai v/s Sarabhai actor Rupali Ganguly talks about taking a break from acting, embracing motherhood, and how her body changed after giving birth! 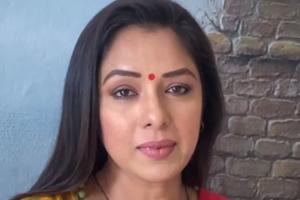 
Rupali Ganguly, known for her terrific performance as the middle-class Monisha in the sitcom Sarabhai v/s Sarabhai, has also participated in the first season of Bigg Boss and is all set to give her fans another show called Anupamaa. Talking to Pinkvilla, she spoke about saying no to many offers, embracing motherhood, and how her body changed post that.

Talking about her role in Anupamaa first, Ganguly said, "When I heard the narration for Anupamaa, I genuinely struck a chord. It is a dream role for any actor. When I told my husband about it, he was the one who pushed me to take up the offer. He said, 'Go, live your dream.' Such roles come in a lifetime and you must definitely take it up."

Talking about the sameness in the offers post Sarabhai, she said, "After Monisha, a lot of comical roles were offered to me but I did not want to do it. They weren't as exciting." She then went on to talk about a break from acting due to her body change that happened post the embracement of motherhood.

She said, "Seven years back after I gave birth, I gained weight. My body changed and I couldn't look at myself. I would not step out of the house afraid of what people would say. If I couldn't look at myself, why would people want to look at me? Self-doubt started seeping in. So, when Sarabhai 2.0 happened, I somehow managed to get out but then I realised I don't want to leave my child alone. Hence, when an offer would come up, I would quote ridiculous figures."