Annu Kapoor stuns everyone with interesting secrets of Mohammed Rafi

While the contestants will leave everyone mesmerised with some iconic performances, Annu Kapoor will be seen revealing some interesting secrets that will surely leave everyone stunned. 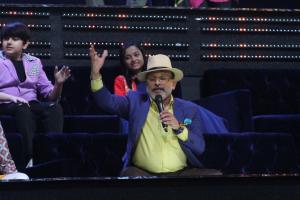 
Zee TV's popular singing reality show, Sa Re Ga Ma Pa Li'l Champs has been winning over everyone's heart courtesy the amazing performances by the wonderful contestants. After celebrating the 80's era with Bollywood legend Amol Palekar, the popular reality show is all set to keep the era of classics alive by welcoming another legend of the Hindi film industry, Annu Kapoor. And while the contestants will leave everyone mesmerised with some iconic performances, Annu Kapoor will be seen revealing some interesting secrets that will surely leave everyone stunned.

Amongst the various performances put up by the Top 7 Li'l Champs during the shoot, it was Madhav Arora's performance that reminded Annu Kapoor of a rather interesting story related to Mohammed Rafi. Madhav had sung Rafi ji's Baar Baar Dekho and Pardeshiyon se na Ankhiyan Milana. After hearing the kid's melodious rendition, Annu ji went on to share a story of the time when Rafi's success and fame changed the life of his driver, Sultan.

"Mohammad Rafi was an exceptional singer who had a silky-smooth voice and that made his songs extremely pleasant to hear. It was this very voice that earned him immense success, fame and money so much so that he went on to buy an imported American car. However, it was a right-hand drive vehicle, which then put Rafi's driver - Sultan out of his job. The singer had to a find a driver who could drive a right-hand drive car. While Rafi sahab found a new driver, he also ensured that Sultan does not run out of money. In fact, bought him a taxi worth seventy thousand, so that he could start his own business. Sultan bhai has now managed to purchase 12 taxis of his own from that one taxi that Rafi sahab gave him," revealed Annu. 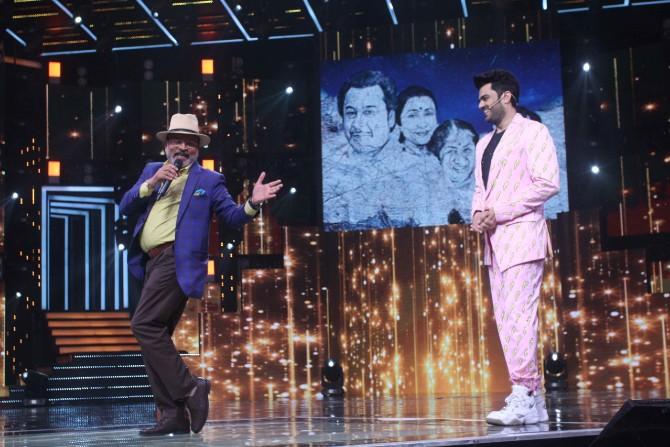 The legend shared another interesting anecdote associated with Rafi, when he said, "When J. Om Prakash ji was alive, I had a made call to him to know about a recording Rafi sahab had done for the film Aas Paas. Om ji revealed that he (Rafi) had just finished recording a song at Mehboob studios and was heading towards his car when Laxmi-Pyare stopped him midway and mentioned that were few lines he had to sing again. Rafi ji told them that he would do it the next day, but then turned around and headed back to the studios to just sing 4 lines because he didn't want to postpone it. Tu yahi aas paas hai dost was the song, woh chaar line Moh'd Rafi ki last recording thi! That happened on 31st July 1980!"

With several interesting stories, Annu surely left the judges, jury and contestants stunned, especially with the immense knowledge the actor hoards on the biggest legends of the Bollywood industry. Meanwhile, the contestants surely enthralled Annu with their splendid performances.

While Saksham Sonawane's 'Khaike Paan Banaras Wala' will get everyone grooving, Aryananda's sweet rendition to 'Lag Ja Gale' is sure to leave everyone in awe of the Li'l Champ. All in all, the 'Legends Special' episode will remind the viewers of some amazing memories and songs of the golden era of Bollywood.