Sayantani Ghosh roped in for KarnSangini 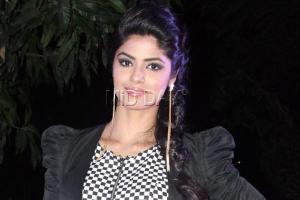 
Actress Sayantani Ghosh will play Kunti, Karn's mother, in the upcoming show "KarnSangini". After doing the role of Satyavati in "Mahabharat" in 2013, the makers have roped her in for "KarnSangini". It is set in the backdrop of the Mahabharat and is the untold story of Karn and his wife Uruvi.

"I said yes to the role because Kunti has a lot of layers to her character which is very challenging for me. I have played Satyavati in the previous 'Mahabharat' and I am the only one who has been retained from the cast," Sayantani said in a statement.

"But this is a fictional story which will highlight the story of Uruvi - the outcast's queen who chose Karn over Arjun (both being Kunti's children). The show is different and I hope the audience likes it."

"KarnSangini" is coming soon on Star Plus.