According to buzz, Shahid Kapoor and Manish Paul exchanged some icy vibes on the set of 'Jhalak Dikhhla Jaa Reloaded' when Manish made some "personal" comments about Shahid, who is judging the dance reality show 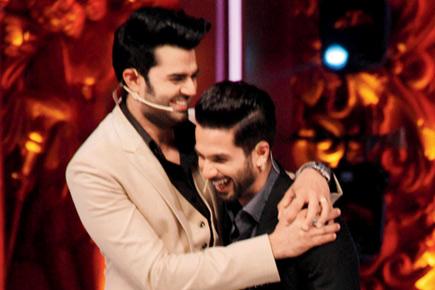 
Television show host Manish Paul is known for his comic timing and sense of humour, but it seems Shahid Kapoor isn't amused. According to the latest buzz on the grapevine, the duo exchanged some icy vibes on the set of 'Jhalak Dikhhla Jaa' when Manish made some "personal" comments about Shahid, who is judging the dance reality show. The actor apparently brought the matter to the notice of the production team. 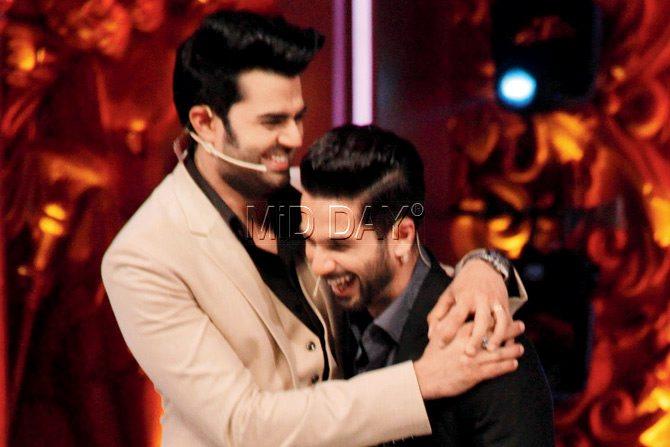 A source says, "Manish has been hosting Jhalak for the past two seasons and at times, his jokes tend to get personal. So, some celebrities and contestants do not like it. But Shahid decided to speak out and inform the makers too."

Also read: How good are our Bollywood stars as reality show judges?

Of late, the actor has been consciously guarding details about his personal life. In fact, at the trailer launch of his upcoming film 'Shaandaar', he snubbed all questions related to his married life and wife, Mira Rajput. Adds the source, "Shahid likes to keep his personal life personal. He does not enjoy it when the jokes and comments go overboard."

Manish denies the buzz and says, "(There is) nothing like that. We are having a lot of fun on the set. There is no problem at all."

While Shahid was unavailable for comment, the channel's spokesperson says: "There is absolutely no truth to it. Shahid is fond of Manish and their chemistry is very good which is visible on the show. We are surprised with these rumours being floated."