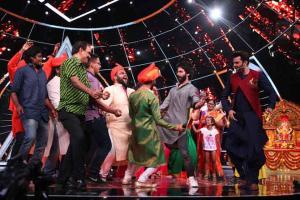 Shahid Kapoor with contestants on set


The festive season of Ganeshotsav has begun in full swing, and it can be felt in the air. And the celebrations have begun on Indian Idol 10 by welcoming Ganpati's idol! Bollywood stars Shahid Kapoor and Shraddha Kapoor visited the reality show to promote their upcoming film, Batti Gul Meter Chalu and participated in the celebrations on sets.

This weekend, get ready to watch the incredible performances of the Top 11 contestants that amazed the guests and the judges alike. Kunal Pandit, a multitalented singer from Mumbai performed on 'ek dil hai' which made Shahid emotional. But the mode of festivities on sets changed the mood of everyone and Maniesh Paul invited Shahid Kapoor and Kunal's friends to do a Ganpati dance! 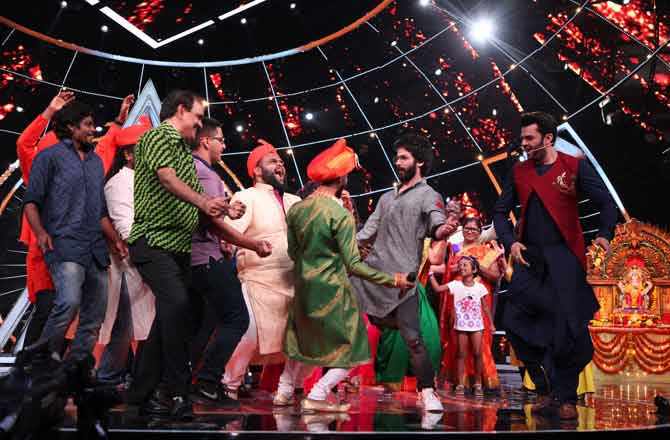 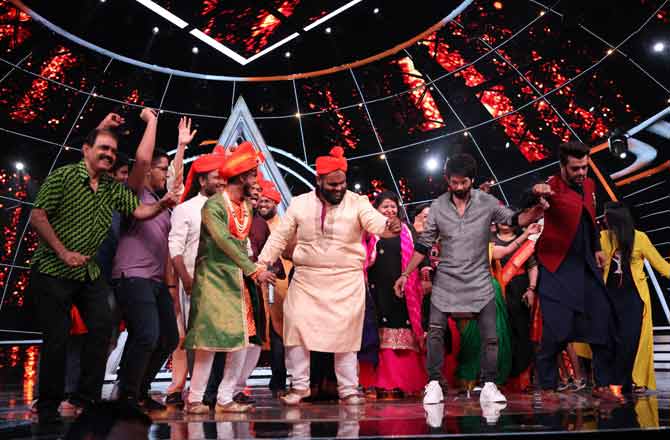 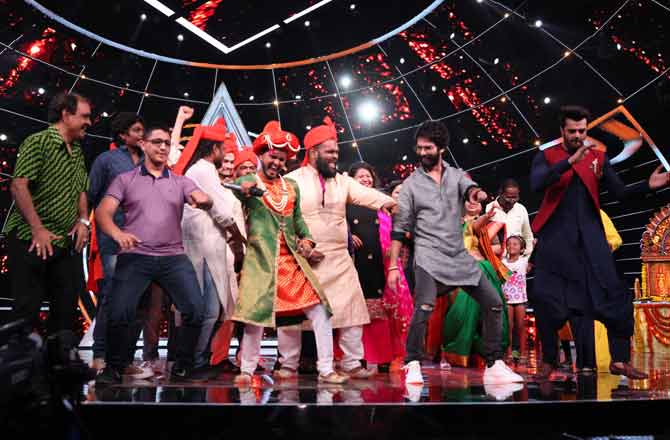 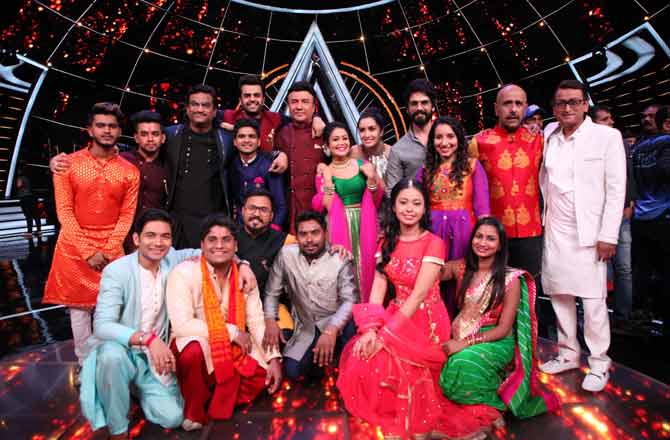 Shahid Kapoor and Shraddha Kapoor were delighted to be a part of Indian Idol 10 for the Maha Ganpati special episode. Shahid went on stage and did some groovy steps for Ganpati dance with Kunal's friends and Maniesh Paul. Talking about their film, Batti Gul Meter Chal is a social drama based on the struggles of a common man against the power distribution companies over exorbitant electricity bills. Produced by Bhushan Kumar, Krishan Kumar, Shree Narayan Singh, Nitin Chandrachud, Kusum Arora and Nishant Pitti, the film is set to release on September 21.