Anupama Fame Rupali Ganguly On How She Reconnected With Akshay Kumar

Ahead of the festive release of his film `Raksha Bandhan`, Akshay Kumar, Bhumi Pednekar, the cast of the film and a few celebrity guests got together for the red carpet premiere on Wednesday night. Director Aanand L Rai was joined by his leading ladies including Sahejmeen Kaur, Deepika Khanna, Smrithi Srikanth, and Sadia Khateeb, who stunned in their traditional best attire. During the media interaction ‘Anupama’ fame Rupali Ganguly  spoke about how she reconnected with Akshay Kumar, why the film is special and much more 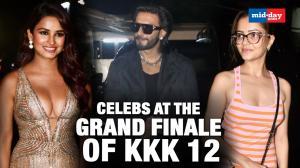 Ranveer Singh, Rohit Shetty & Others At The Grand Finale Of Khatron Ke Khiladi 12 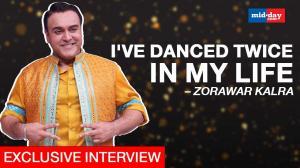 Zorawar Kalra: My Son Didn't Want Me To Embarass Him | Jhalak Dikhhla Jaa

Varun Dhawan Becomes The First Ever Prime BAE; Hints For A Big Surprise On 3rd October

Anjali Arora, Stebin Ben & Others At A Cruise Party

Dhanashree Verma: I Don't Have The Stamina To Get House Arrested Again