Akshay Oberoi discusses why it was necessary to adopt a gory treatment for Flesh that revolves around human trafficking. 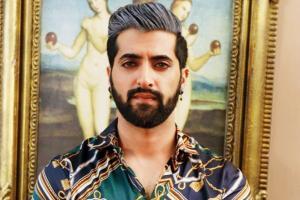 
During the first narration itself, Akshay Oberoi understood that a grim thriller like Flesh deserved a menacing antagonist. With writer Pooja Ladha Surti having built an intriguing character of a psychopath who heads the human trafficking ring, it was Oberoi's responsibility to breathe life into it. "Though I have played grey characters in the past, this one is dark and terrifying. You can't downplay such a role. There is no limitation to how evil it can be," says Oberoi, whose character Taj is engaged in a battle of wits with Swara Bhasker, who plays a cop in hot pursuit of him.

The actor began working on the project months before director Danish Aslam called for the first shot. Since Taj was far divorced from the parts he has essayed earlier, Oberoi says he adopted a different approach. "I normally work on the character's backstory before moving on to developing the look. Here, I did the opposite. We zeroed in on the hairstyle and the kind of clothes he would wear; I got my ears pierced. Once I had the look figured out, it became easier to internalise the character," he states.

In telling the story of two girls who find themselves caught in the human trafficking ring, the eight-part series underlines the violent crimes committed against women in the country. Even as the dialogue continues around how films and shows are increasingly normalising violence on screen, the trailer of the Eros Now series indicates that the series is not for the faint-hearted. In such a case, does he feel the need to be morally responsible for the depiction of violence in his offering?

"Filmmaking is a director's medium and it's my choice whether I want to engage in such content or not. Films like Gurgaon and Flesh are using violence to tell a story in the most authentic way possible. If the violence is not depicted, the story will not be an honest narrative. Danish and Siddharth Anand [producer] were careful to not show forceful violence only for effect. As an actor, I believe in freedom of speech, and as long as we are not doing anything that is detrimental to the content, we have to be true to the story."

But it's a different ball game when you are working around children. In a famous move on a particularly gory Indian series, one of the actors refused to abuse in a scene that featured kids. Ask him if their set had a psychologist to ensure that the depiction is responsible, and he says, "In all honesty, everyone has done their homework and Danish is a thorough director. My character does some terrifying things. So, Danish prepared his actors mentally before they started shooting. He created a safe environment. Given the sensitivity of the topic, a child psychologist wouldn't have helped because it would have come in the way of the creative process."

Next Story : Darshan Kumar on Avrodh: Bringing A-game for Army