Ravi Kishan: Important for me to be comfortable with co-stars

Ravi Kishan will soon be seen in Netflix's upcoming series Hasmukh, which is about an ambitious comic on a mission to prove to his mentor that he is a good comedian. 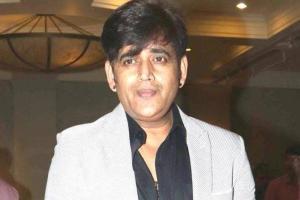 
Actor Ravi Kishan says it is very important for him to be comfortable with the people he is working with. He will soon be seen in Netflix's upcoming series Hasmukh, which is about an ambitious comic on a mission to prove to his mentor that he is a good comedian. Ravi will be seen as Pratap Sinha. Pratap Singh is the head of Alankar TV who flirts with his young secretary but the fact that he is married gets him in trouble at times.

On the first day of the shoot, Ravi arrived 4 hours earlier than the decided call time just to assure that he is comfortable to shoot with the cast and be familiar with the crew at the shoot.

"It is important for me to be comfortable with the people I am working with. To make sure I am cordial with everyone, I visit the set before everyone arrives and greet them as we are a part of the same family," Ravi said.

"Hasmukh" shows how every dream comes with a price and Hasmukh (Vir Das) realises that the only way to "kill it on stage", is if he "kills off stage".