Amit Sadh on Avrodh: I'm like Arjun with my eyes trained on target

With Avrodh depicting the 2016 surgical strikes, Amit Sadh says he is unfazed by comparisons with Vicky Kaushals Uri. 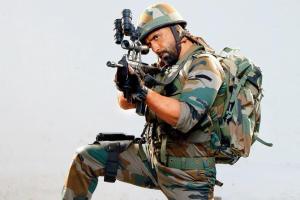 Amit Sadh in Avrodh: The Siege Within


It has been a busy month for Amit Sadh. After Breathe: Into the Shadows, the actor had three more releases — Shakuntala Devi, Yaara and Avrodh: The Siege Within — all in a span of four weeks. "When I didn't have work, people complained that they don't get to see me. So, I'm sure my fans will be thrilled to see my work back-to-back. All I did was to submit to the masterplan that the universe had for me," grins the actor.

His latest series on SonyLIV, Avrodh, a retelling of the 2016 surgical strikes, is based on a chapter from Shiv Aroor and Rahul Singh's book, India's Most Fearless. The nine-part series, which was conceptualised after eight months of research, was ready since late last year. "I was offered this role when I was lean and weighed about 72 kilos, and was filming my cameo in Super 30. The director [Raj Acharya] gave me pictures of men in Special Forces who had big builds. That is when I took the challenge [of bulking up]. My brother, who is in the Indian Army, introduced me to someone in the Special Force units. Their training protocol, manner of functioning, orders and responses are quite different from regular armed forces." 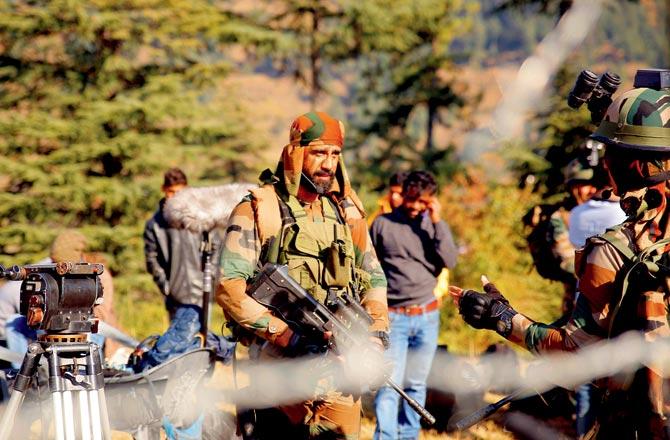 Amit Sadh during the shoot of Avrodh: The Siege Within

Before facing the camera as a Special Force officer, Sadh read India's Most Fearless as part of his prep. "I have read both their books [in the series]. Their research in the books has been accepted by the army chief, and several others in the armed forces." The actor reveals arrangements are underway for a screening of the series for the army personnel.

The 2016 Uri attacks has already been depicted on the big screen with the much acclaimed Uri: The Surgical Strikes. Comparisons with the Vicky Kaushal-starrer do not bother Sadh. "I am like Arjun with my eyes trained on the target. We didn't make Avrodh keeping such comparisons in mind. Uri was a great film and I am a fan of Vicky's work. I will be thrilled if Vicky watches the series," he says.

While Abhishek Bachchan-fronted Breathe 2 has its share of fans, the series was panned by critics for its contrived storytelling. Says Sadh, "I have only read the audience's reviews, and they have loved it. I only consider the views expressed by the audience, my director, and the studio. With due respect, I will not [pay heed] to criticism by five people, who are doing the job of giving star ratings. I prefer to know whether my fans liked my work or not."

Next Story : Anand Tiwari on Bandish Bandits: Shooting something for so long was new