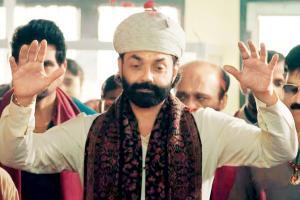 A still from Ashram


Bobby Deol-starrer Aashram: Chapter 2 has been served a legal notice by the Karni Sena, ahead of its release on November 11. It finds the trailer "directly targeting ancient culture and hurting religious sentiments." They found several objectionable scenes in the first instalment as well. After the show's success, the political party has raised its objection towards the content shown by the makers of Aashram.

Speaking about the show, the web series is back with a bang with its second instalment. It's just going to get bigger, bolder and stronger, where the audience will see the dark side of Kashipur Waale Baba Nirala. Bending every rule to suit himself, the second part of this popular show will see Nirala as a man so dark and vile, preying on the innocent in the name of faith.

The audience, who were taken aback by Bobby Deol's serene and calm Baba avatar in the first part of the series will be in for a shock with his demonic persona in Chapter 2, as the trailer suggests.

The show highlights Babaji's insatiable greed for power, money and lust. The self-proclaimed godman uses the façade of the Aashram to conduct illegal activities, trading the trust of his followers to grow his own political clout, smuggling drugs and exploiting the women.

After the success of Part 1, this 9 episodic crime drama returns to wow audiences again as AASHRAM: Chapter 2- The Dark Side goes live on 11 November on MX Player.

Next Story : 10 reasons why The Mandalorian is a must watch!