Nithya Menen: Will use portions of show as audition tape

Despite Breathe: Into The Shadows receiving an unfavourable response, South actor Nithya Menen on why it is one of her best performances. 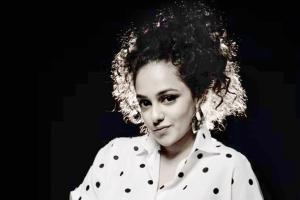 
It's always a delight to watch Nithya Menen on screen. So, when she ranks her performance in Breathe: Into the Shadows as one of her finest, it can't be taken lightly. While the recently dropped psychological thriller has received brickbats and bouquets, Menen has been unanimously praised for her heartwrenching act of a mother desperate to find her missing child. In a chat with mid-day, the South actor discusses making her web debut with the Amazon Prime Video offering and finding the rare synergy with director Mayank Sharma.

Did you have any apprehensions about taking up Breathe 2 considering it was largely centred on Abhishek Bachchan's character?
It was quite the opposite. When I heard the script, I thought it was a rare find and an endless canvas [of possibilities]. How often do you get a series with hours and hours of great content? My character was beautifully written with layers to her, offering me the chance to do a lot in terms of performance.

If you had to, which of your three projects would you send to your favourite director as an audition tape?
Breathe would top the list. In fact, after we finished shooting, I remember telling Mayank [Sharma, director] that I would pull out my portions from the series and use them as an audition tape. Breathe has been my best performance so far. OK Kanmani [2015] would be second and lastly, Psycho, where I played a quadriplegic officer.

Considering you have rated Breathe as your best performance, what aspects have you covered as an actor in this series?
The makers gave me space and silence to understand [my character]. There was synergy between my director and me, our wavelength and sensibilities matched. [At times], we would understand each other without having to verbally communicate. I felt understood as an actor, which helped me alter myself emotionally while playing Abha. Of course, credit goes to the writers because they help enhance your acting.

Mayank was convinced that I was the perfect choice for Abha after watching me in Mani sir's film [OK Kanmani]. I was never treated like a newbie because everybody was well-aware of my past works even before they approached me for the role. I was the favourite on set.

Who did you connect with the most among your co-stars?
While I had a great collaboration with everyone, working with Amit [Sadh]helped me understand the true nature of a give-and-take relationship between co-stars. The synergy, where you can feed off each other's energy, is rare. I also shared sizable chunk of my scenes with Shruti [Bapna].

Do you think the series helped you grab eyeballs?
I am hoping Breathe will bring me projects that can help me achieve my potential.

Next Story : Tanuj on triple duty! To direct, produce, act in his short film, Anisht