Nithya Menen shares her Breathe: Into The Shadows experience 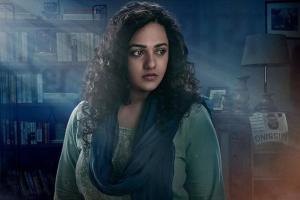 
Bengaluru girl Nithya Menen, who was last seen in 'Mission Mangal', made her OTT debut with Amazon Original Series 'Breathe: Into The Shadows' which released on July 10. Talking about her experience, Nithya shared that this show was something she'd always been looking for. She believes OTT space is very conducive to her style of working. It gave her a lot of time and freedom to explore and live the character she's portraying. She also mentioned that her sensibilities match perfectly with the director Mayank Sharma which made this experience all the more fulfilling. Playing a character that demanded so much of emotional investment wasn't a cakewalk and she believes it has one of her best performances so far.

Watch Nithya Menen talk about her Breathe: Into The Shadows journey in this BTS video:

Created and produced by Abundantia Entertainment, the all-new psychological crime thriller sees Bollywood superstar Abhishek Bachchan make his digital on-screen debut as he plays a doting father in search of his missing daughter. This show also features one of South India's leading actors, Nithya Menen, who makes her digital debut as well. Actor Saiyami Kher also joins the cast in a prominent role. Prime members in India and over 200 countries and territories can now watch all episodes of Breathe: Into The Shadows, in multiple Indian languages such as Hindi, Tamil and Telugu.

Next Story : Arjun Bijlani on playing a NSG Commando: I lost weight for the role