Season 4 Money Heist La Casa de Papel released on April 3, 2020, and all Money Heist fans were waiting for this one with bated breath. 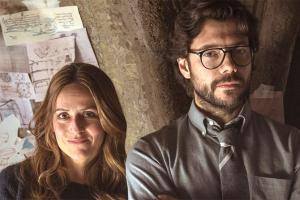 
From Bella Ciao, Bella Ciao, Bella Ciao, Ciao, Ciao, Money Heist Season 4 introduced us to Boom Boom Ciao, and this journey has been incredibly beautiful and witty. This Netflix offering started in 2017, and the first season, even though struck with its audience a bit late, left everyone in awe with its storyline. Money Heist - La Casa de Papel, a Spanish television heist crime drama series is known for its extremely sophisticated storyline and strategically planned crime.

The Season 4 of Money Heist released on April 3, 2020, and people have been waiting for this one eagerly. But, everything wasn't just up-to-the-mark with the fourth instalment. Let's take a look at what went wrong with the fourth part of La Casa De Papel.

Money Heist La Casa de Papel started with a bang! The very first episode left us with a wow factor. The way Tokyo (Ursula Corbero) was introduced by the professor and how the entire plan falls on her shoulders was a sight to behold! She always had an important factor in the entire show, and why won't she? Her eccentric personality called for it!

It was not only the Professor (Alvaro Morte) who was caught up with the emotions. The entire team, who has been together for a long time, started getting emotionally involved in each other's life somehow or the other. And, that's what happens if you spend all your time with the same group. And, to be honest, this is what is keeping them together despite whatever life throws at them. But when Professor agrees on what went wrong in their plan, and when he jots them down to undo it, the tables turn in his favour, bingo! The battle was won half-way already.

National Police Corps make sure to break the Professor and Lisbon (Itziar Ituno)! In fact, after their separation, while on the run and chase, Lisbon too gives up. Well, we saw that one coming! But what was more shocking that she was starting to give up so soon. Come on, Lisbon has worked for them, and this should have been an easy task. A strong woman doesn't break easily. And that's what Raquel Murillo has been teaching all the Money Heist followers since the very first episode.

This got me! I was so emotionally involved with Nairobi (Alba Flores) and her emotional strength, this one left me horrified. I had tears in my eyes when the assassin shot her in the head. Why did they do that to Nairobi out of the entire gang? So disappointing! It wasn't just me who was heartbroken after Nairobi's twist, but many Money Heist fans were left extremely annoyed.

Palermo's (Rodrigo De la Serna) entry made me think, okay, he is something, and he will surely take this heist to a level where every government authority would be left startled. Palermo is doing nothing but disappointing everyone, including the audience with his every move. Come on, you were Berlin's (Pedro Alonso) love interest, you have a purpose for this heist.

Money Heist Season 4 was one of the much-awaited shows of 2020, and honestly, all the followers had extremely high hopes from this one! It has gold, money, government secrets, and everything to keep us hooked to the screens. Of course, we don't want this heist to end ever, but every story has to have a logical end, and yes we wanted more!

Next Story : Special Ops and State of Siege 26/11 review: Where Delhi's eagles dare