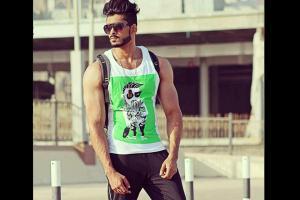 
In today's time, there's no doubt in saying that content is king. People are willing to watch good content, be it on the digital domain or any other platform. Comedy as a genre has always been everyone's favourite but it requires a good sense of humour to tickle people's funny bone. Muhammed Akief is a content creator who is widely known for creating viral entertaining videos on the internet. Born and brought up in Fujairah in the United Arab Emirates, he is currently based in Kannur, Kerala. In these years, he has very well understood how internet helps in generating income and that's when he decided to make videos along with his brothers Sabiq, Nihal and Arshad. Being a kid, he always wanted to become an actor or a director. He even made a short film but without any experience of direction, his first attempt was not up to the mark.

He later studied various concepts of filmmaking like editing, light setup, camera handling and sound. Muhammed later decided to execute the plan and he started making vines along with his friend Sugin. His first video was 'What happens when foreigners try to be like Arab'. An unconfident Muhammed felt hesitant to share his video on the internet but after his brothers insisted him to post the video, it went berserk and went viral on the internet. Many pages on Facebook shared the video and that's when he decided to be a content creator. While speaking about receiving such an overwhelming response to the video, Akief said, "I created the video just for fun but never ever in my wildest dream I imagined that it would go viral on the internet. It was just an unreal experience."

With more than 244K subscribers on YouTube, he has created a lot of viral videos like 'That Mannerless Friend', 'A Mandan From London', 'April Fool's Day' among others. His latest video was a Malayalam comedy video titled '3 Idiots' which has almost got half million views on YouTube. When asked if he would leave content creation for movies, Muhammed said, "Cinema has always been my dream. Every film lover wishes to be a part of a movie once in a lifetime and I am in the same boat. However, my main priority is YouTube and I don't want to rush into movies soon. I want to study how the film industry works first before I get into it." Well, wouldn't it be a treat to see Muhammed Akief make his foray into films and entertain people on the big screen?

Next Story : When winter comes, chai/coffee mug is a must!