Yogin Patel Has Bridged The Gap Between Brands And Influencers

He then got an ample number of sponsorships and he was fortunate enough to have worked with Ariana Grande with the backing of the mobile gaming company. 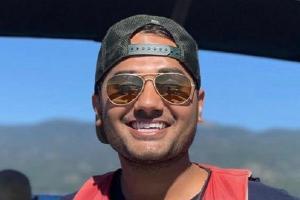 Influencers have made a place for themselves in this modern era and influencer marketing is one of the most effective ways to promote brands and products. To have a gist of how it works, one must have expertise in how they can utilize influencers to promote the products. Yogin Patel, a serial entrepreneur holds great expertise in influencer marketing who has his roots in Vadodara, Gujarat. He is the founder of an influencer marketing agency called YP Social. His company works with some of the biggest gaming companies and he has worked with the largest e-commerce brands in helping them boost its presence on the digital domain. Besides this, YP Social has created campaigns with the notable YouTube influencers in the beauty/DIY category including Alisha Marie and Niki and Gabi.

However, he moved to Canada at the age of 15 and then later he migrated to the USA. His parents have seen immense struggle as they worked day and night at a small motel there. Yogin always aimed at achieving something big in life but his parents insisted him to be a doctor as they considered it had a secure financial future. During high school in the States, he came across a multi-level marketing company named Vemma where he achieved success and he built a team of 100 juniors in less than two months. He gradually learnt blogging and built a website where he interviewed top-notch entrepreneurs and professionals from different walks of life. In college, Yogin got a new opportunity in the form of Snapchat which was a popular name among everyone.

The entrepreneur’s life took a surprise turn when he sent an e-mail to Snapchat and became one of those lucky people to submit geo-filters to the app. The geo-filters were usually used for people’s birthdays and other large events. The doors of success opened for this guy and he got in touch with some of the biggest celebrities of the globe including Dan Bilzerian, King Bach, Shawne Merriman among others. He built relationships with these celebrities and was in a constant search of finding businesses that would get him sponsorships from these biggies. After a lot of hard work, he got the biggest client which was a gaming studio in Europe with a mobile game having more than 100 million downloads.

He then got an ample number of sponsorships and he was fortunate enough to have worked with Ariana Grande with the backing of the mobile gaming company. With having generated more than 1 million dollars in online sales, he has worked with some of the best talents of the world and many gaming studios as well. With his sharp mind, Yogin has smartly connected top brands with social media apps as well as well-known influencers.

Moreover, he was the one who welcomed Amazon’s Influencer program where influencers are paid to promote the brand through the e-commerce website. The young guy has significantly contributed to influencer marketing and his future goal is to build a charity organisation and a school in Vadodara for the underprivileged students who can also make a bright future for themselves.

Next Story : Story of a Licensed Zumba Instructor Mohsin Syed who once was a Banker