Mehdi Mobarkeh reveals how he became a lifestyle influencer

Mehdi Mobarkeh learned cartography in school and during his college, he pursued a BSC degree in civil engineering. 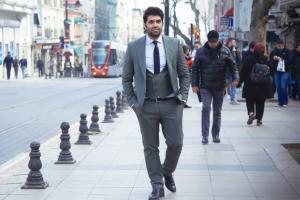 
There has been a positive shift in social media lately. Many people have expressed their interest in it, be it the college-going students or the working men. Mehdi Mobarkeh, a successful businessman in Iran has also been gripped by social media and has become a lifestyle influencer. Born on September 9, 1988, in Dezful, he was raised in Ahvaz, Iran. At a very early age, he thought of becoming an influential name and he has made it real today. Till 2016, he stayed in Iran and later he immigrated to Turkey after he completed his education.

When he was in high school, he learned cartography and during his college, he pursued a BSC degree in civil engineering. While he was in Iran until 2016, he started with road and building construction projects. After moving to Turkey, Sheikh saw a great business in real estate as well as import and export business. The work gave him a lot of recognition and he was widely considered by a successful name in Turkey. As of today, the young businessman has his offices set up in Turkey as well as Europe and he keeps on juggling between two places depending upon his work.

With having a great run as a businessman, Mehdi Mobarkeh also gave a shot in becoming a lifestyle influencer. At the very initial stage, he posted content that would depict his day to day life. With getting a good response to it, he later changed his content and created more positive yet motivational content. "I would love to be a motivational speaker and inspire people on how to chase success. It is a wonderful feeling to share wisdom with the ones who want to get ahead in life," stated the young entrepreneur. With all this, we just have one thing to say that Sheikh Mehdi has built his empire from scratch and has been a true success story people can look up to.

Next Story : Anas Bikri is showing Positive signs by updating himself in Technology