Revisiting 'The Three Stooges' and their cultural impact

The first theatrical short of American comedy trio, 'The Three Stooge', titled, 'The Woman Haters', was released today, May 5th in 1934... 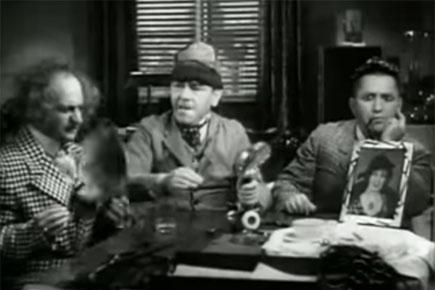 
The first theatrical short of American comedy trio, 'The Three Stooge', titled, 'The Woman Haters', was released today, May 5th in 1934. Starring the original incarnation of the group, namely Moe Howard, Larry Fine and Curly Howard, who would go on to be known as more famously, as 'Moe, Larry and Curly' in subsequent theatrical shorts and feature films, thus making an enormous impact on popular films and television shows and garnering adulation from audiences across all ages over the years. 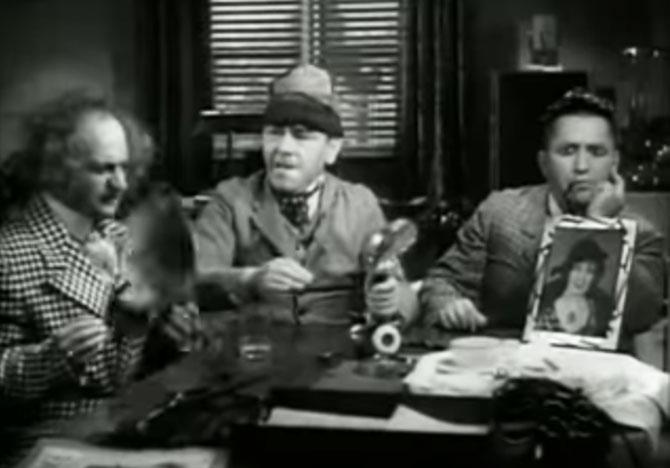 About 'The Woman Haters'
The 1934 short, 'The Woman Haters' marks the first of 190 theatrical short films made by Columbia Pictures, which starred, 'The Three Stooges' between 1934 and 1959. The story revolves around the Stooges becoming members of a Women Haters Club, only to have Larry get engaged and married to a beautiful woman due to a series of circumstances. Larry's wife, played by actress Marjorie White (her final film role before her untimely death due to a car accident a year later after this short's release) later ends up flirting with the other two Stooges.

The Stooges had different names in this short: Curly is "Jackie", Moe is "Tom" and Larry is "Jim" and is also one of the few Stooge shorts that features Larry as the lead character. Signature comic moments like the famos eye poke, the slapstick Stooge brawl began with this short.

Like their comic contemporaries like, Laurel & Hardy, Charlie Chaplin, Abbot and Costello, the Stooges have a special place in comedy stardom due to the enormous fan following that they amassed, which even exists today. Moe's bowl haircut, Larry's frizzy mane, Curly's crew cut hairstyle are often imitated on screen by many artists. They famous slapstick brawls have been recreated in several notable films and television programmes. Here's a selective list... 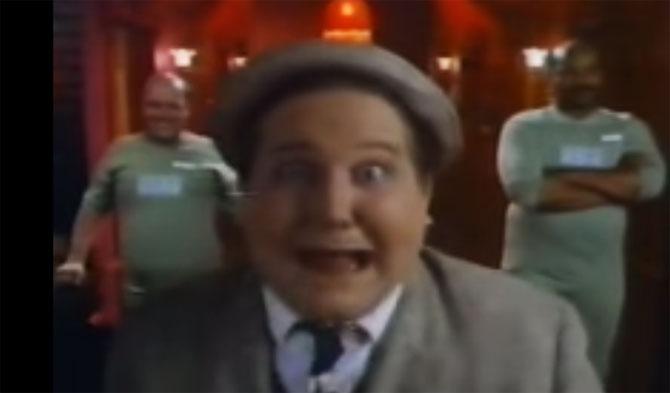 'Stoogemania' (1985): This American comedy, also titled, 'Party Stooge', is about an obsessed 'Three Stooges' fan features many classic shorts. The film was made in order to cash in on the sudden resurgence in popularity of the comedy trio during the 1980s, thanks to television syndication and Jump N the Saddle Band's hit novelty song, 'The Curly Shuffle'. It was not a commercial success. Only four shorts are shown throughout the film, all of which are in the public domain: 'Sing a Song of Six Pants', 'Malice in the Palace', 'Brideless Groom', and 'Disorder in the Court'.

'Star Wars Episode I: The Phantom Menace' (1999): In a deleted scene from the film, which was later included on DVD, there are three pit droids squabbling during the podrace; this is meant as homage to the Stooges. 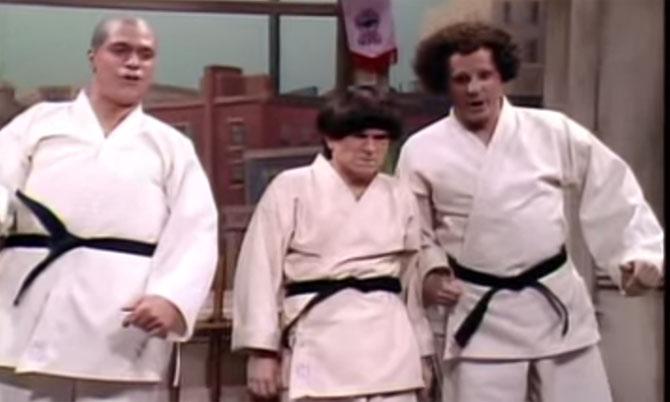 'Saturday Night Live': A sketch from an episode of the popular comedy show in 1984 involves the 'Three Stooges' as self-defense instructors. During the sketch, Curly, played by Joe Piscopo and Moe, portrayed by Tim Kazurinsky start to ad-lib after Curly's baggy karate pants accidentally fall down. 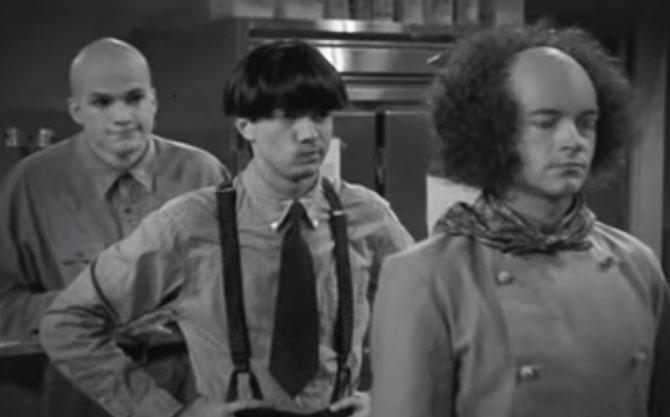 'That 70s Show': An episode features three of the characters acting out an imaginary 'Three Stooges' short called 'Pie Guys'; its thin plot is very similar to one of the live-action wraparounds from 'The New Three Stooges'. Topher Grace plays Moe, Danny Masterson is Larry and Ashton Kutcher completes the trio as Curly.

'Hollywood Steps Out' (1941): This Merrie Melodies cartoon by Warner Bros features, 'The Three Stooges', Moe, Larry and Curly in animated form indulging in their trademark slapstick 'Stooge brawl; complete with eye-pokes and slaps. The cartoon also showed other caricatures of Hollywood celebrities from the 1930s and early 1940s including, Oliver Hardy, Mickey Rooney, Bing Crosby, James Stewart, Groucho Marx, Clark Gable and others partying at a famous night club. 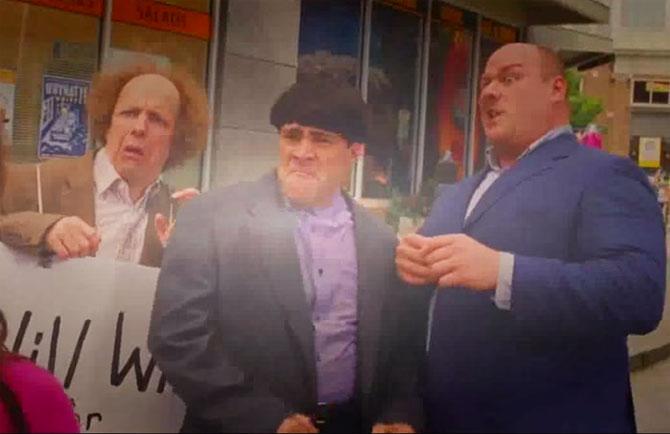 The 2012 'Three Stooges' feature film revival: The Farrelly brothers directed a modern-day reboot of the franchise, with the Stooges in a modern-day setting. The film is broken up into three continuous episodes that revolves around the characters Moe, Larry and Curly. Originally Benicio Del Toro, Sean Penn and Jim Carrey were said to be playing Moe, Larry and Curley respectively, but none of them were committed. Eventually, the roles went to Chris Diamantopoulos, Sean Hayes and Will Sasso.

Next Story : A tailor on wheels who will come to you