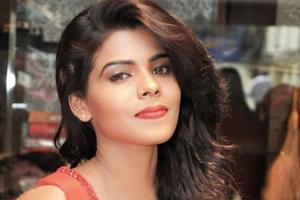 
Be someone who can look up to you as an inspiration. Madonandi Kuniyil Sanjuna, popularly known as Sanjuna Madonakendi on Instagram is a great example who is inspiring people with her work. Born on May 5, 1991, in a small town in Kerala, India, she comes from a family with no one from the fashion or movie background. She always loved fashion and wanted to be a model. In 2011, she graduated in Apparel fashion design from National Institute of Fashion Technology, India. After completing her studies, she worked as a junior fashion designer with a fashion firm. Simultaneously, she was pursuing her MBA in international business.

As a designer, she started working as a lingerie designer for India's renowned lingerie brand 'Zivame'. However, after a while, she left her job on a crisis and began her own clothing line named 'Sanz Couture' which designed outfits for models and private clients. With being a fantastic designer, she began her career as a model in 2015 in Bangalore. Initially, she faced a lot of rejections by agencies for being short, dark and not having that glamorous look. But that did not stop her and in the same year, she became one of the top finalists in Miss India Elegant beauty pageant.

The year 2016 turned out to be the best one for her as she participated in Miss South India queen and won the crown of Miss Kerala as well as got selected as the best photogenic face. However, in a short period, she left the country to travel to Europe. The fashion influencer is a solo traveller and loves meeting new people and making new friends around the world. After returning to India, she went on to chase her dream of studying in London and exploring the culture of the country. She completed her second masters and in 2017 she was graduated in MBA Luxury Brand Management. After that, she started working with a fashion design agency in London.

Her enthusiasm and creativity have taken her to the top of her game and as of today, she is in collaboration with a sustainable fashion brand 'Nobody's Child' to explore the environmental friendly fashion with India. Sanjuna Madonakendi has set an example that you don't need to be from any particular background to be an expert and she is rightly considered an important name among the millennials generation.