Apurva Purohit launches her second book - Lady, you're the boss!

At the launch, Purohit said that she hopes the book encourages and inspires women to reach out for the sky and achieve their full potential 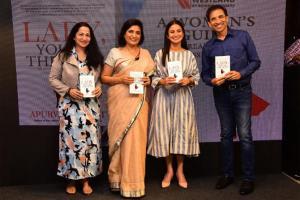 Kiran Manral, Apurva Purohit, Rasika Dugal, Harsha Bhogle at the launch of Lady You're The Boss


Amidst a power-packed audience today, at the contemporary, luxe lounge-bar Arth, author Apurva Purohit launched her second book-Lady, You're The Boss! Published by Westland Publications (an Amazon company) and hitting stands today, the book aims to address the challenges faced by women climbing the corporate ladder. Armed with a lifetime of careful observation, countless encounters with women professionals and leaders, and coupled with her own inimitable touch-in-cheek sense of satire and wit, the book is a powerful reminder of what makes good leaders, along with being a practical guide for women professionals. 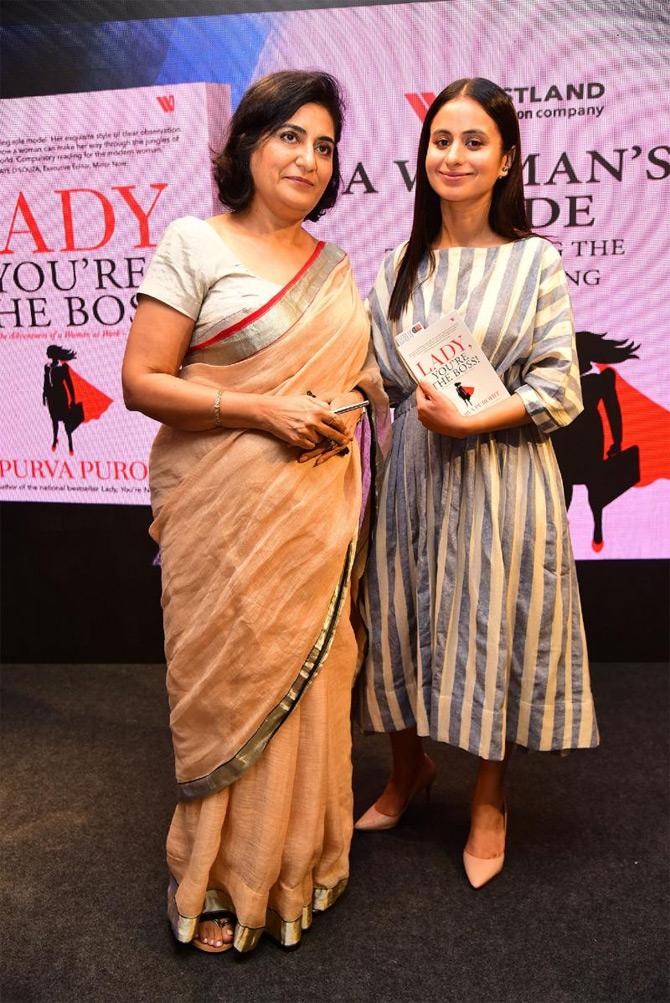 On the launch of her second book, Apurva Purohit, President, Jagran Group, commented, "In a lot of ways, this is my memo to all the women out there exhorting them to stay the course, no matter the odds. I am often the only female in a boardroom room – and it’s a painful reminder to me of the daily battles of petty prejudices and subconscious biases that have driven so many women out of offices and bonsai-ed them into predefined roles of wife, mother, sister and supporter. I hope Lady You’re the Boss encourages and inspires women to reach out for the sky and achieve their full potential."

The evening saw guests and attendees engaging in pertinent dialogue on how women often minimize themselves, suffer from the imposter syndrome and settle for less than what they’re capable of. Women are entering the workforce in unprecedented numbers today; however, they struggle to balance the dual pressures of a career and family. Additionally, they have to contend with social stresses as well as their own conditioning from childhood which forces them to minimize themselves. 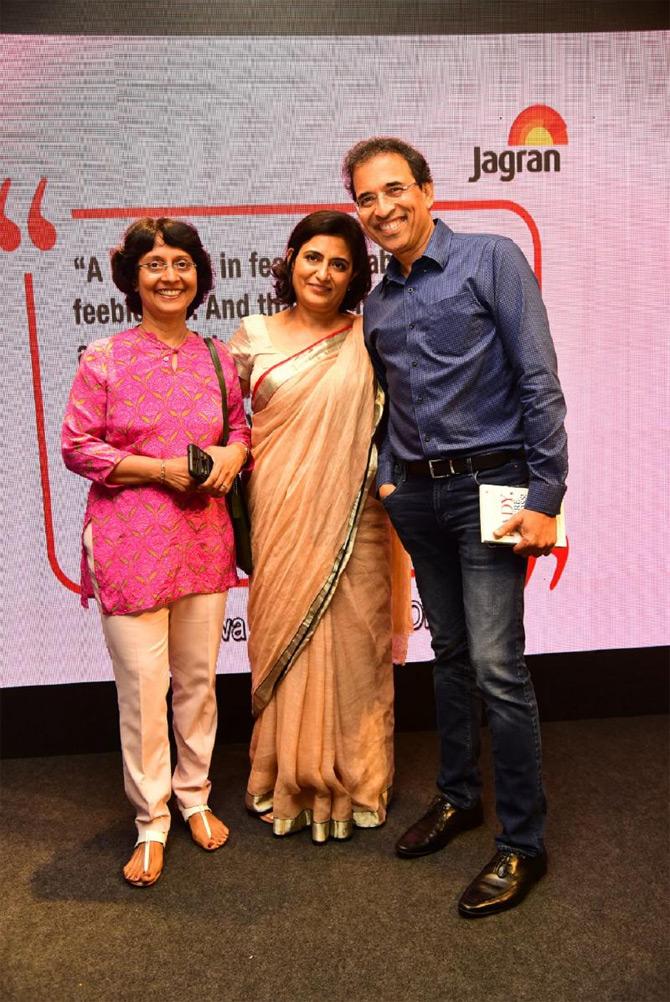 From L to R: Anita Bhogle, Apurva Purohit, Harsha Bhogle at the launch of Lady You're The Boss

Discussing Apurva Purohit's latest book, Harsha Bhogle said, "I've known Apurva for about 20-30 years! But I have no doubt in my mind on the book she has written, and because of the person she is, it has been extremely thought-provoking and inspiring."

Lady, You're the Boss is available for order online on Amazon.in and is available in stores from September 26, 2019 onwards.

About Book:
A new call to action from Ms. Apurva Purohit

'So, do you intend to work after marriage?’
'I am the COO of an organisation. Obviously, I intend to work after marriage!'
No intended groom has been asked this question. For a working woman, it’s par for the course. There are women breaking new ground at work in every field today. Yet, when it comes to the top game, they are expected to play second fiddle to men. Through personal anecdotes and real-life stories of women professionals, Apurva Purohit chronicles the many ways in which society holds back women, curbing their power and preventing them from achieving their true potential.

At work and home, there is latent institutional discrimination and social prejudice at play. Whether it is the assumption that a career is only a stopgap to marriage or the reluctance to promote married women for fear that they will prioritise family overwork, the climb to the top is twice as steep for women. As a result, they second-guess their own abilities and hesitate to claim what is rightfully theirs.

To counter these roadblocks, Purohit compiles an essential action plan for women: believe in yourself, never minimise or question your achievements, resist stereotypes, and constantly and fearlessly call out biases. Deeply poignant and often hilarious, Lady, You’re the Boss! is a woman leader’s guide to breaking socially imposed and self-reinforced glass ceilings, and growing to her full potential.

About Apurva Purohit:
Apurva Purohit is the President of the Jagran Group, one of India’s largest multi-media conglomerates. With over three decades of experience in the media and entertainment industry, Apurva is a prominent speaker at industry forums, several marquee organizations, and educational institutions. She is also on the board of several for-profit and not-for-profit organizations and has authored the national bestselling book “Lady, You're Not a Man: The Adventures of a Woman at Work."

She is one of the very few women CEOs with over three decades of experience in the media and entertainment space and is a leading voice advocating gender diversity in the overall Indian business landscape. Apurva has interacted with over 10,000 working women to empower them to navigate their way in the context of the contemporary work environment.

About Westland Publications Pvt. Ltd:
Founded in 1962, Westland is one of the largest English-language trade publishers in India. Westland’s bestselling authors include Amish Tripathi, Chetan Bhagat, Ashwin Sanghi, VVS Laxman, Perumal Murugan, Devdutt Pattanaik, Ashok Banker, Rujuta Diwekar, Rashmi Bansal, Savi Sharma, and Preeti Shenoy, among others. It has recently launched a new imprint 'Context', which publishes literary fiction and non-fiction by some of the finest Indian writers, graphic novelists, and chroniclers of our times, and ‘Eka’, a new language imprint. Westland publishes print books, e-books as well as short reads in genres ranging from popular and literary fiction to business, politics, biography, spirituality, health, and cookery, available in over 1,000 outlets. Westland was acquired by Amazon in 2017. Westland also brings Amazon Publishing's bestselling international books to the Indian market.

Next Story : Influencer Doctor Ethan is on a mission to make medicine interactive