From what question he'd ask Pope Francis to why he thinks it's okay if Christ were human, and a script for Bollywood, best-selling author, Dan Brown speaks his mind while on his maiden India visit 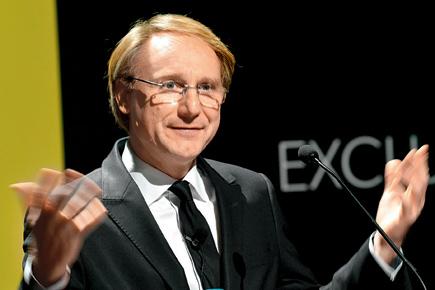 
We are five minutes early for the interview. So is Dan Brown. Looking dapper in a day blazer, there’s no trace of fatigue post his engaging session at the Penguin Annual Lecture 2014 in Mumbai the previous night. 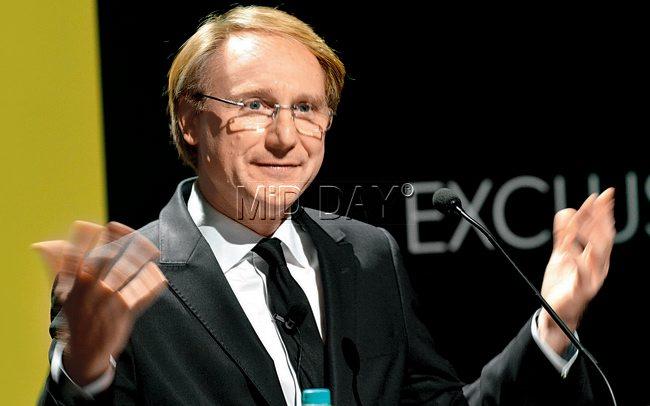 Dan Brown wowed the audience giving insight into his works and mind at the Penguin Annual Lecture 2014 in Mumbai on Wednesday night. Pic/Sayed Sameer Abedi

“Last night was a blast!” he replies, cheerily. “The levels of passion and enthusiasm are immense among your readers. It’s my first interaction with readers here in India; however, I bump into Indian readers wherever I go — Boston, New York or London.” 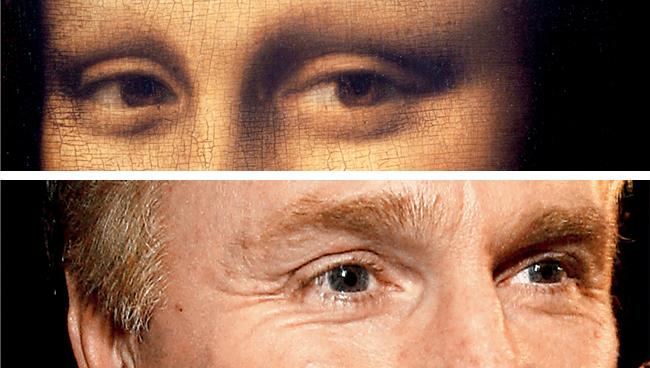 Code, decode...
Outside, the November haze plays truant with the Mumbai skyline. Inside, at our table, we are keen to get a clear picture of the time when Brown’s all-time bestseller stirred a hornet’s nest, “Initially, it came as quite a shock,” his eyes are fixed at the ceiling, perhaps recalling the bouquets and brickbats for a book that questioned the foundations of the Catholic church. “It happened so fast but eventually, I got used to it. The controversy wasn’t confined to your part of the world; even the US
saw protests...” 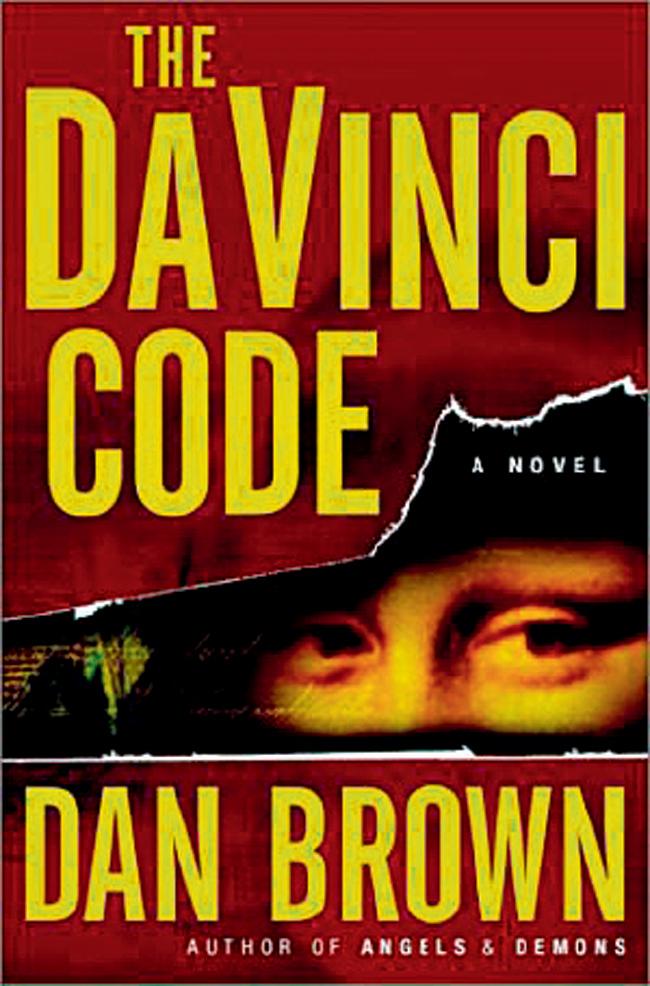 Brown’s enquiring streak that led to the core of this book, was a result of his growing-up years, when his parents always encouraged him to question. “I felt it didn’t make sense — about Adam and Eve, or the seven-day evolution theory. I was in boarding school where I was exposed to people from different faiths. They were open-minded; so when these negative reactions emerged, it surprised me,” he shares. “Later, I realised that the people who march on the streets are weak in faith. After all, it’s just a novel. Who am I to tell you what is right or wrong? It’s a thought, and I’ve put it out there,” he elaborates.

A Thai youth waits to watch a movie preview in front of an advertisement for the movie The Da Vinci Code outside a movie theatre in Bangkok in May 2006. The controversial film narrowly escaped a 10-minute cut by Thailand’s censors and officials decided only to place a disclaimer before the movie. Pic/AFP

“There have been other ideas in the past that question belief and religion. The problem here was that The Da Vinci Code was so well received, readers latched on to it worldwide, they felt it made more sense than the Bible, and so suddenly, people were asking questions like, ‘So what if Jesus was mortal?’ Some religious leaders tend to be politically-minded for their gains.” Just then, he drops one of his prized quotes, “The best possible thing you can do for your faith is to question it.”

Faith forward
Using it as bait, we ask if the church ever approached him, particularly post the controversy. “I have no influence over the Vatican. Yes, at the time, I was condemned immediately. There was no dialogue. They made it tough for us to shoot the film in Italy,” he reveals. Having said that, he’s optimistic of the current head, Pope Francis’s vision. Brown had written about a pro-science Pope in Angels and Demons. Now, that the current Pope has spoken in favour of evolution and the Big Bang Theory, isn’t art imitating life? Smiling wryly, he says, “To survive, the Church must enter the 21st century. Beliefs cannot be stuck in the 16th century if you want modern, smart followers. My belief is that there is nothing in science that can actually undermine religion.”

Caught in the moment, we slip in a sneaky one — what would you tell Pope Francis if you met him? After a pause, and a half-grin, he says “I’d ask him about women priests, the role of women in the church, and urge him to treat them equally. Then again, the chances of me learning to fly in my lifetime seems more likely to happen!” adding, “The church’s pace is glacial.”

Hinduism and India
From glacial to the present, we ask if he’s thought of basing a plot in India. “Honestly, I’ve been tempted. Though I’m still trying to get my head around Ganesha! I’ll need years to travel and read about Hinduism, which I believe, is the mother of many religions. Still, all things are possible. I have a soft spot for such philosophies because of its open-mindedness and belief in serving others. Christianity is similar but, at times, I feel, it tends to get rigid and monetised…don’t you think so too?” Caught a bit off guard we share about the bad apples that are part of every religion.

We notice how Brown, on his maiden visit to the country, mentions India’s people, sights and sounds often. “It’s difficult for a Westerner to come here and not notice the juxtaposition of the haves and the have-nots. It’s prevalent in the US too, but here, the numbers make it more visible,” he rues.

He continues, “Having just written Inferno, which spoke of overpopulation, I told myself, ‘this is what I was trying to convey.’ The overpopulation has hit me the hardest of what I’ve seen in India, until now.” Our time’s up; not before he leaves us with one of his mantras that makes him a best-selling author, “In Delhi, I visited a gurudwara, where I saw this community meal (langar) take place. That’s what I call action; you’re ‘walking the talk’, literally.”

Next Story : 'The future is bright for angry music'