Though its makers are yet to announce an official premiere date, the casting process is underway and many from the television industry are on the list of expected contestants 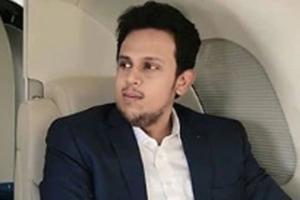 
One of the most awaited shows which Salman Khan hosts, is all set to hit screens soon. The season 14 of Big Boss is expected to be hosted by Salman Khan again. The actor's and the show's fans can't hold their breath for the show to start. This is that time of the year when its fans eagerly start waiting for the show to hit their TV screens. Though its makers are yet to announce an official premiere date, the casting process is underway and many from the television industry are on the list of expected contestants.

Meanwhile, various media reports suggest that apart from the regular contestants from the film and the television world, the makers have also approached people who have done something extraordinary in life and have scored the titles of Entrepreneurs, Social Activists, YouTubers, tiktokers and others for their exceptional work in their respective areas of work.

Through much reliable sources, we came to know that a real estate sensation, Vibhu Maurya, has been approached for Big Boss season 14.

#Repost @bollywood18official GUYS , I AM REALLY SORRY TO SAY THAT I AM NOT REALLY TAKING PART AS A CONTESTANT IN THE SHOW. I JUST WANAA CONTRIBUTE MORE TO THE SOCIETY IN THIS COVID PERIOD RATHER BIG BOSS! THANK YOU , VIBHUðÂu00c2u009fÂu00c2u0099Âu00c2u008f BiggBoss14 update ðÂu00c2u009fÂu00c2u009a¨ Our sources confirm the entry of @vibhuumaurya a bollywood producer & entrepreneur in BiggBoss14 #BiggBoss14 #update

As it is very commonly said that You get what you work for. Either running a business or being an entrepreneur, everything takes a lot of efforts and dedication to reach an apex. Vibhu Maurya is one businessman who has set the bar really high for everyone who enters in this field. Maurya has been a wonderful tycoon from the initial days of his career. Now he is slaying the work that he has decided to do from the very beginning. Doing something for money is quite normal but there's a different kick in doing something that is beyond just making money. Vibhu had a diversified suite of interests in data mining, digital currency revolution, stock markets and various other standard scope of enterprises, where he achieved tremendous success.

He is an avid lover of Bollywood lover and zealous fan of Salman khan, yet, he refused to be a part of Big boss upcoming season. Being a businessman, he says, his priority after this pandemic goes to his work which a renowned businessman like him should give. Denying to a popular show in this COVID where one has to isolate oneself for 3 and a half months does not make sense when one has to look after his empire in India as well as in Dubai.

While he has declined the offer, some popular faces have already given their nod to participate in the upcoming season of BB. Those confirmed include Jasmin Bhasin, Pavitra Punia, Naina Singh and Punjabi singer Sara Gurpal. Incidentally, Nishant Malkani, who was last seen in Ved Raj's Guddan Tumse Na Ho Payega, has also been approached by the makers, and sources say that he will be participating in the show.

Not just fans, but the audience is waiting for the show to start so that they can watch their favourite Salman Khan and cherish the activities, tasks and enjoy challenges given to the contestants.