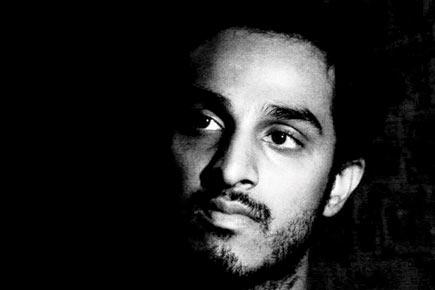 
1) What was the trigger point for this book? Weren't you apprehensive about the subject matter being controversial?
I did not begin the research for this book as a planned enterprise. These were stories that I had accumulated over the years as a result of my travels around the country. However, for the longest time I could not see any connection between these different shrines and religious traditions. I saw them as anomalies in the larger religious and cultural sphere of Pakistan. Eventually though, as I began researching on these traditions I realized that they were all linked to the pre-Islamic religious traditions of South Asia. They weren’t anomalies but rather part of the larger Indian civilization that the Pakistani state constantly rejects. This became the trigger point for the book. These shrines and religious traditions for me defied the nationalistic discourse of the state, which is premised upon its separation from the Hindu past. These religious traditions celebrated their pre-Islamic roots. I wanted to juxtaposition the state narrative with these folk narratives, both of which survive together, yet are diametrically opposed to each other. I have been writing about "controversial" subjects since a long time now. I have written about temples, Gurdwaras that are now lying in ruins in Pakistan or have been taken over by land mafia. I have written about the non-Muslim history of Pakistan, which is shunned in the official historiography. I have written about the plight of the religious minorities. And now this book that looks at some of the folk religious practices around the country that directly challenge the official narratives. Friends and well-wishers have warned me over the years given the changing landscape in the country. Things looked particularly bleak after the assassination of the Governor of Punjab, Salman Taseer, yet, I have continued writing about topics that are close to my heart. However having said that I have to admit that operating in this environment one learns to steer away from certain topics which would be regarded as more "sensitive". I will not be lying if I say that sometimes I do indulge in self-censorship given certain topics and issues.

What upsets me though is how sometimes; my stories are used as propaganda by certain segments of the society to portray Pakistan as a "barbaric" "intolerant" state. Of course, Pakistan has its issues of intolerance particularly when it comes to non-Muslim communities and heritage, yet within all the stories I have done there will always be some aspects of optimism, which to my dismay sometimes goes ignored.

2) Which was the most challenging chapter/section that you faced during your research?
One of the most challenging aspects of the book was to provide these religious practices and shrines with a context. I did not want the book to simply give a list of these "idiosyncratic" religious shrines such as that of the phallic offering, sacred dogs and sacred cows. Rather I wanted to talk about the significance of these traditions within Pakistan – a country that was carved out of its separation from the Indian or Hindu culture. It is in this environment that the stories of these traditions become even more intriguing. For example Hindus and Muslims going to a Hindu shrine a 100 years ago perhaps would not be as significant as Muslims going to a Hindu shrine today. Today this action is loaded with meaning.

There were two other aspects that I wanted to highlight as well. One was presenting these shrines in the context of rising Islamic Puritanism and extremism. What do these shrines represent in this growing environment of Islamic uniformity? Pakistan today is seen as the hub of Islamic terrorism, while on the other hand you have such shrines that defy all stereotypes. I wanted to study this interaction between Islamic extremism and syncretism.

The final aspect was that of economic development. A lot of these religious practices have survived in the rural regions, where education and economic development has not reached. However that is changing now and one can see the effect of these developments on these traditions. With education comes a greater awareness of nationalism, religious identity, etc. All of these concepts are a product of state propaganda. Therefore as a community gets more "developed" or "educated" it moves away from these "Hindu" influences and heads towards a "purer" Islam.

I wanted to bring in all of these aspects into the book because I believed that talking about these shrines and traditions without this context would have not been able to highlight the true significance of these traditions in a Pakistani context. It was easy to talk about my travels to shrines and record these experiences but a little more challenging to talk about these philosophical topics in a travel book.

3) What were some of the most startling findings that you encountered/experienced along the way where you had to unlearn/change your opinions?
Initially, two of the most startling shrines that I found were that of the phallic offering and the sacred dogs. At the shrine of the phallic offering, which is known as Aban Shah, barren women present phallic offerings to the grave of the saint with the faith that the saint, Aban Shah, would bestow them with a child. This is a Muslim shrine in the heart of Pakistan’s most prosperous province, Punjab. Even though the caretakers of the shrine maintain that Aban Shah was a real man, I believe that the word Aban comes from Abba, which is the Punjabi word for father. Such fertility shrines have been found all over the ancient civilizations, across the world.

The second shrine that I found fascinating was the shrine of the sacred dogs, once again in Punjab. The dogs at this shrine are believed to be the progeny of the dogs that used to roam around with a Muslim saint called Peer Abbas. After his death the dogs continued staying at his grave and began to be seen as sacred by the devotees of the saint. Devotees offer them meat with the belief that this would bring to them the blessings of the saint. This shrine becomes particularly fascinating because conventionally in Islamic traditions dogs are considered to be impure animals. At this shrine the order of the sacred and profane has been reversed. 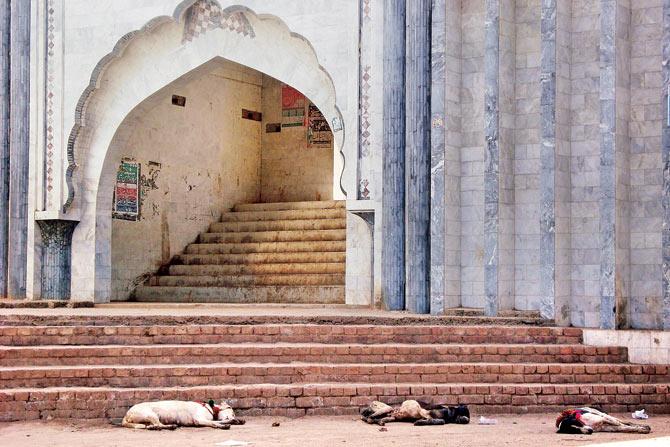 The sacred dogs of the shrine of Peer Abbas

One of the most startling discoveries for me was this realization that religious syncretism, which is what features in the book, is not something that exists in far away rural shrines but also in urban societies and in what we today consider mainstream Islam. However given that the political situation has changed drastically after Partition, most of these stories are now being forgotten or reinterpreted. For example, in the book, I talk about the annual festival of Eid Millad un Nabwi, when the birthday of the Prophet of Islam is celebrated. Over the past few years, the scale of these festivities has increased by manifold and now, it is celebrated in several other countries besides Pakistan. However, what a lot of people do not realize is that this festival was inspired by Ram Navami. Similarly, I talk about the Sufi order of the Chistiyyan, which is a mainstream Islamic Sufi order that adopts several aspects from the local religious traditions.

4) What are some of trials and tribulations that Pakistani writers like you face? And yet, you are unafraid to speak up for religious equality in particular? Do you believe things will change for the better or a large part of the current impression has been created by the media?
One of the most challenging aspects for a writer like me who focuses on religion, nationalism, and identity is this aspect of self-censorship. I have never been threatened or asked to tone down my writings, yet after the assassination of Salman Taseer I felt I started doing that on my own. At that time, I realized for the first time that perhaps the silent majority was not a tolerant majority as we had always thought. With the way supporters came out to greet his assassin, Mumtaz Qadri, it was getting clear that perhaps it was people like us who were in a minority. After that I completely stopped talking about certain issues, which I knew were more controversial than the others. Of course, one needs to bear in mind here that writing in English is different from writing in a regional language.

I also regularly write for Indian and Pakistani newspapers and magazines. I feel that Pakistani newspapers tend to censor my writing much more than Indian newspapers. In fact I don’t think I have ever been censored by an Indian magazine or blog. In Pakistan the media organizations live under this perpetual fear of not offending the religious segment of the society, which is why occasionally my stories are toned down, some words or comments are cut out. This is a necessary evil that one has to live with if one has to survive as a writer in Pakistan.

On the other hand, I do believe that given the socio-political circumstances people are a little too sensitive about discussing religious topics. I feel that there is a general consensus in the society that talking about religion or minorities would necessarily offend someone, so a lot of people don’t end up talking about it. I think this is paradoxical. On the one hand Pakistan is a deeply religious society, whereas on the other hand we as a society are now afraid to talk about religion. The media is also a part of this society and continues to live under this perpetual fear. It is this space that I want to establish. There was a tradition of religious discussions in Islamic society, which has now almost finished. Also, given the right language and tone even the most controversial opinions can be expressed in a polite manner.

5) What has been the initial reaction to your book in your home country?
So far the reaction has been that of fascination. "This exists in Pakistan," is what a lot of people ask. I have been approached by a couple of documentary-makers who want to make a documentary based on my book. Recently one of the most well known Pakistani columnist, Nadeem F Paracha endorsed the book. I have done a couple of book tours where students, journalists and other professionals have expressed their fascination. Most of the people find it hard to believe that traditions like this can exist in the same cities and villages that they live. "How do you find such stories?" is another question that I have been asked many times. 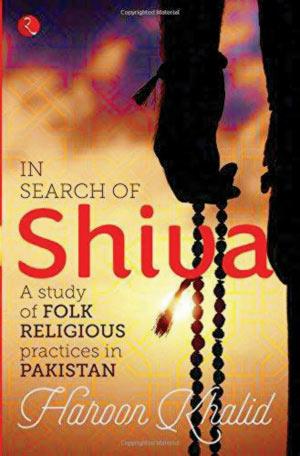 IN SEARCH OF SHIVA BY HAROON KHALID, RUPA PUBLICATIONS, RS 295