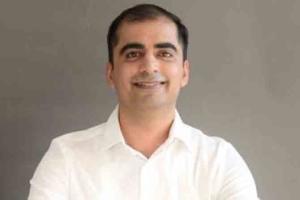 
One does not have to believe in astrology for it to work. Regardless of our beliefs, it is always present. Usually, people do not consider the role of mathematics and astronomy in astrology. Astrology consists of various mathematical computations, which these days are often done by using sophisticated software. Astrology is part science and part art. It requires practice and use of intuition. There are many fears instilled in the minds of people about the various planets. None of the planets is to be feared. They just need to be understood. It will be best to know what each planet stands for.

Sun is important for understanding the self and sorting out ego issues. Moon is responsible for self-control and purity of mind. Mars gives courage and a sense of initiative. Mercury is responsible for intellect. Faith, philosophy and belief system are governed by Jupiter. Venus is responsible for sexual energy and deals with worldly pleasures and the finer things life has to offer. Saturn indicates the areas for development. It is one of the most misunderstood planets but can be extremely benevolent. Rahu shows inner turmoil. Ketu shows a need to renounce materialistic attachments and a need to be spiritual in the areas of life.

This is the era of instant knowledge. To prove his/her mettle in this age, an astrologer needs to be accurate. Whenever anyone visits an astrologer, he/she should check how accurately is the astrologer able to predict the past events like the year of getting a job, getting married, having a child, etc. If a particular algorithm is able to tell your past accurately then of course it can be used as a guide to the future.

The biggest myth regarding astrology is that those who blindly follow it believe that it can miraculously solve their problems overnight. This is not true. Remedies take time and must be done wholeheartedly. They are used to enhance positive impact or to lessen the negative impact of planets. It can soften life's blows. Astrology cannot dramatically alter one's life.

Since ancient times, various sages have been using the knowledge of astronomy to predict the future. Astrology is not something new. It has been a part of the Indian culture for many years. It is still thriving. Do not reject it without trying.

Tanuj Lalchandani started exploring the world of astrology under the tutelage of his guru, Late Shri Subhash Chand Gupta. He started at a young age and has a wide clientele ranging from different countries and fields. At the young age of 35, Tanuj has received an Honorary Doctorate in Astrology from National American University. He has also been the recipient of "Excellence in Astrology" and "Excellence in Tarot Card Reading" by National Institute for Education & Research (NIER). He was recently awarded with "Outstanding Achievement in Vedic Astrology" award at "India Glorious Achievers Award".

He has authored two books, "Treasure Trove of Zodiacs" and "Tatva, Soul & Karma". His articles have also been featured in newspapers and magazines like Entrepreneur India, Hindustan Times and Forbes India. He considers his temple to be his biggest achievement. By the Almighty's blessings, he has been able to start a temple, "Shri Tatkaleshwar Gauri Mahadev Mandir & Triveni Navgrah Shani Dham" in Tonk, Rajasthan.

Tanuj believes in suggesting simple remedies which help in improving one's karma. He is happy to have a content clientele who consider him a friend and a guide.

Next Story : Yash Chaudhary, the 21 year old marketing guru is a motivationto many