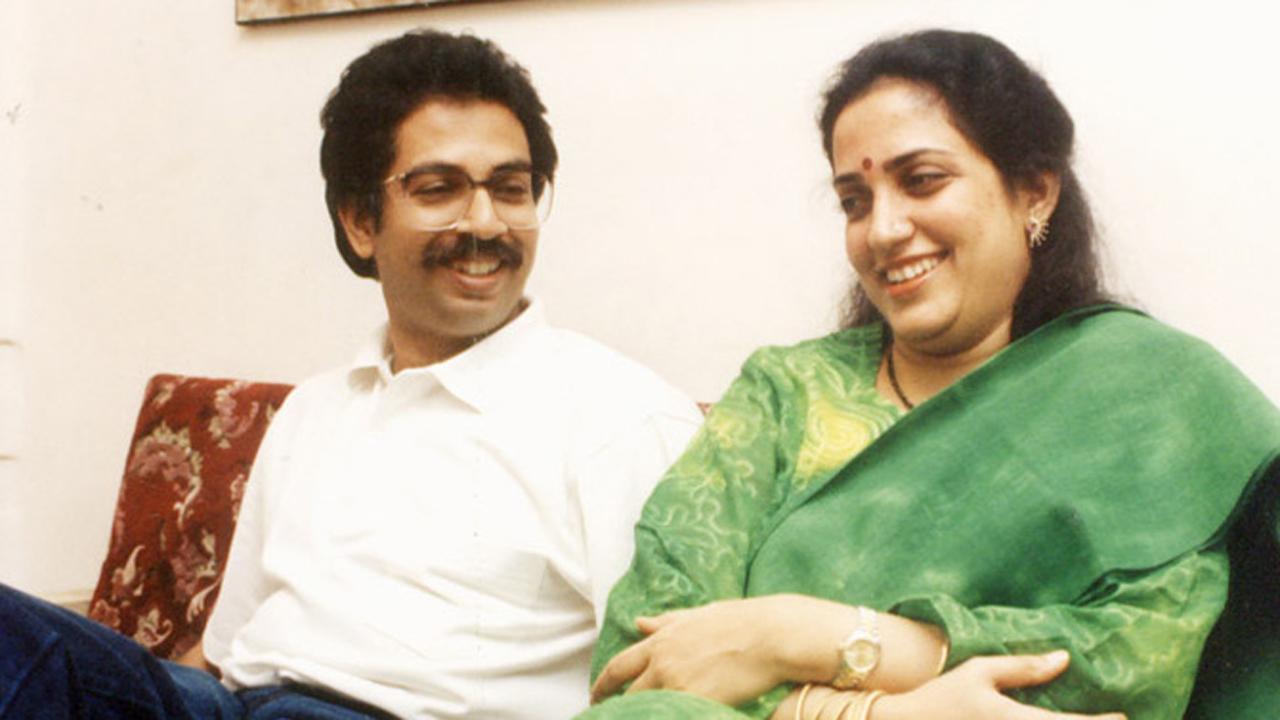 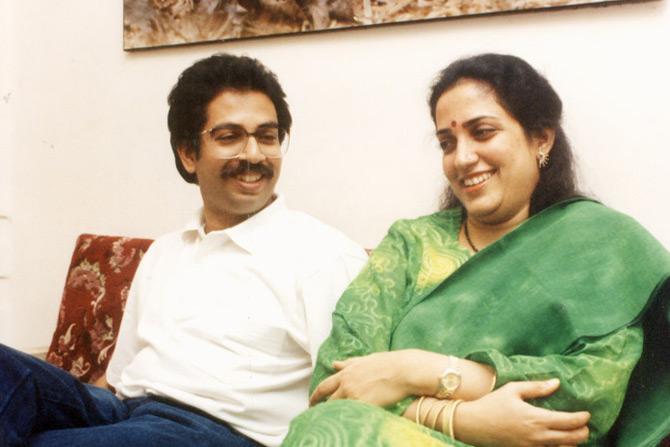 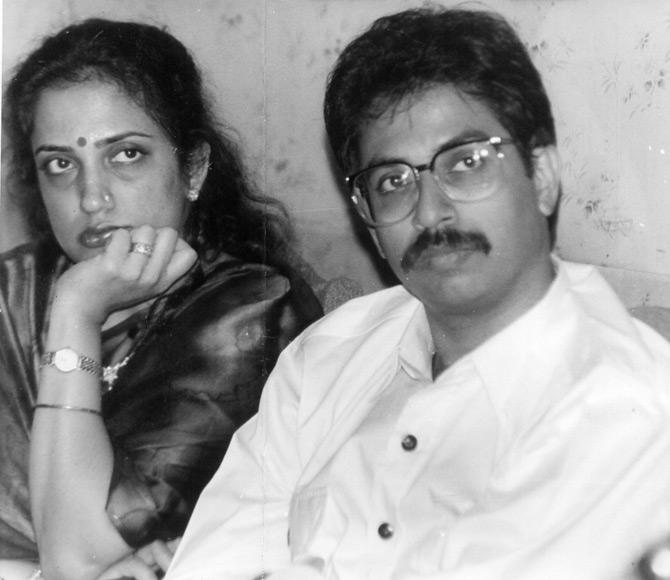 Uddhav Thackeray was born into a political family, his wife Rashmi Thackeray, then Rashmi Patankar was born in a middle-class household in Dombivli. 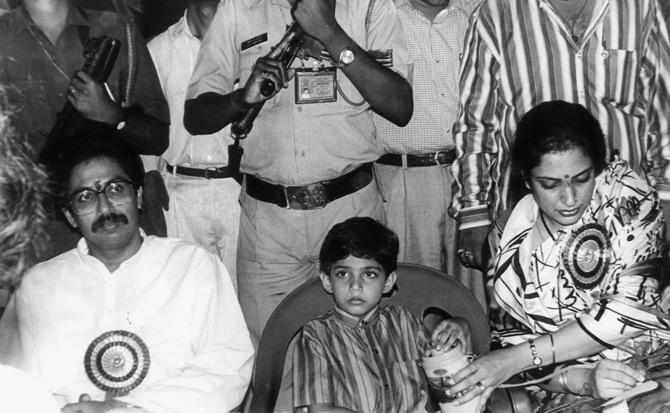 Did you know as a teenager Uddhav Thackeray was not interested in pursuing a career in politics? Uddhav Thackeray's rise as a popular Indian politican from Maharashtra is reportedly credited to his life partner Rashmi Thackeray. 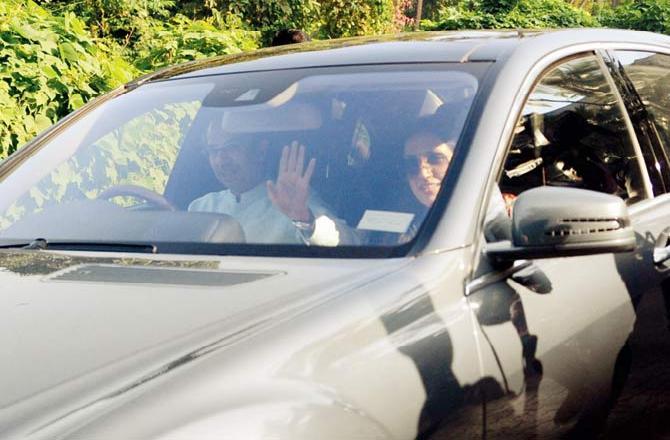 In picture: Cheif Minister Uddhav Thackeray and his wife Rashmi leave the Retreat Hotel after a meeting with Sena MLAs on November 10, 2019. 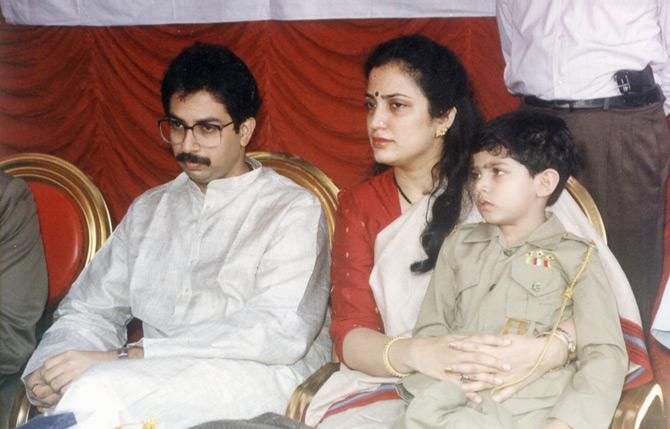 The two fell in love before exchanging vows in 1988. 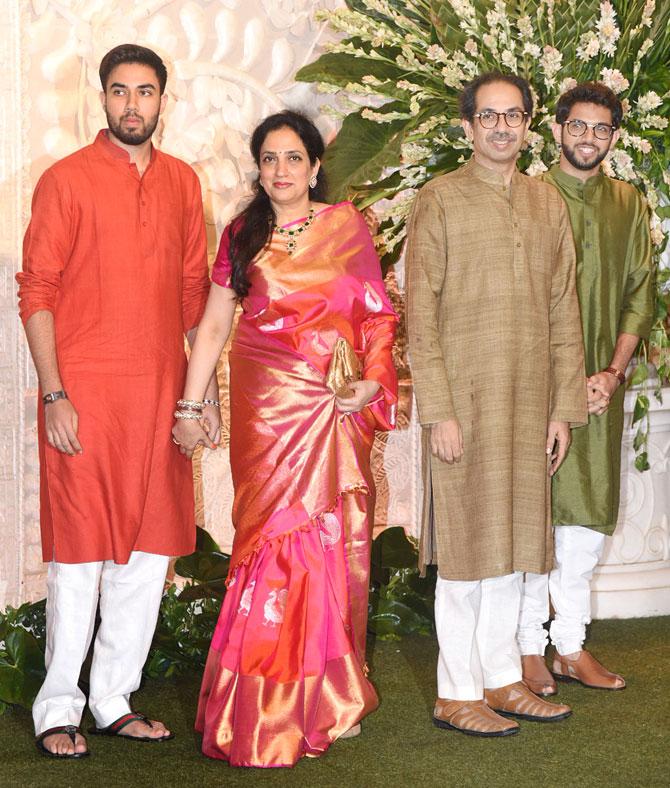 The couple have two sons, Aaditya and Tejas. Aaditya Thackeray is the chief of Yuva Sena, the youth wing of Shiv Sena and he is also an MLA from Worli. He is Maharashtra's Cabinet Minister of Tourism and Environment. Aaditya's younger brother Tejas Thackeray is an avid photographer, a wildlife researcher, and a conservationist. 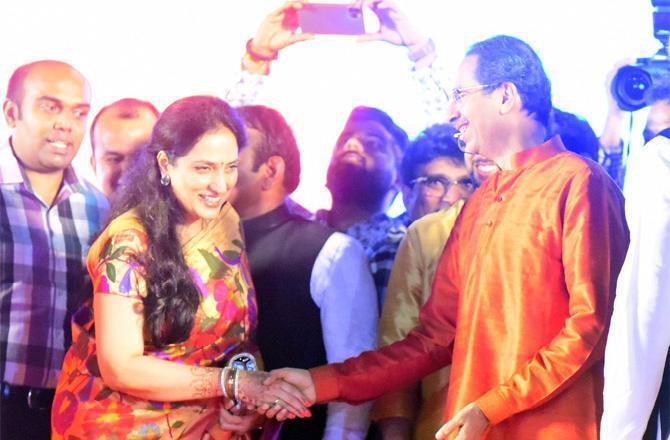 In picture: Maharashtra chief minister Uddhav Thackeray shares a light moment as his wife Rashmi Thackeray congratulates him during his oath taking ceremony as Chief minister of the state 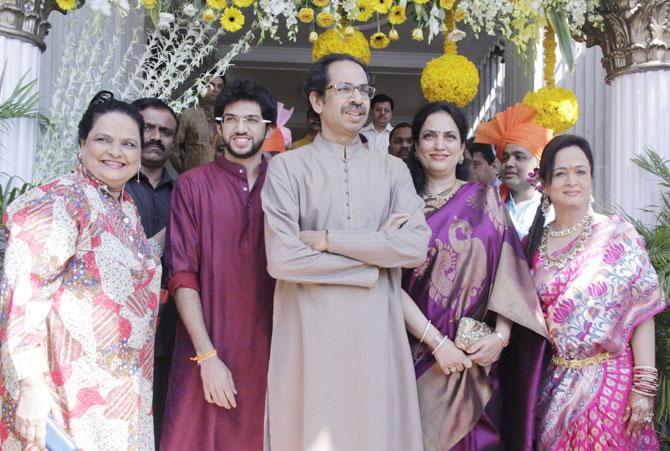 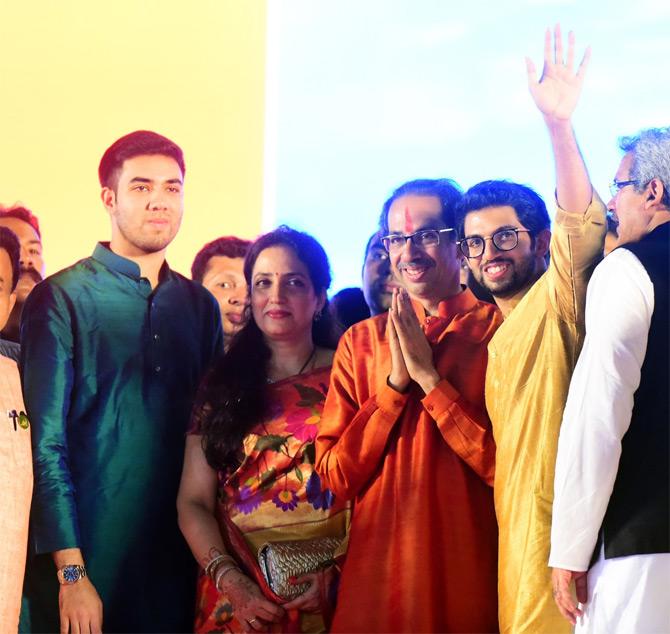 Rashmi Thackeray reportedly pushed her son Aaditya Thackeray to contest polls and Aaditya created history by becoming the first from the Thackeray family to contest an election. He went on to win the Worli assembly constituency by a margin of over 65,000 votes. 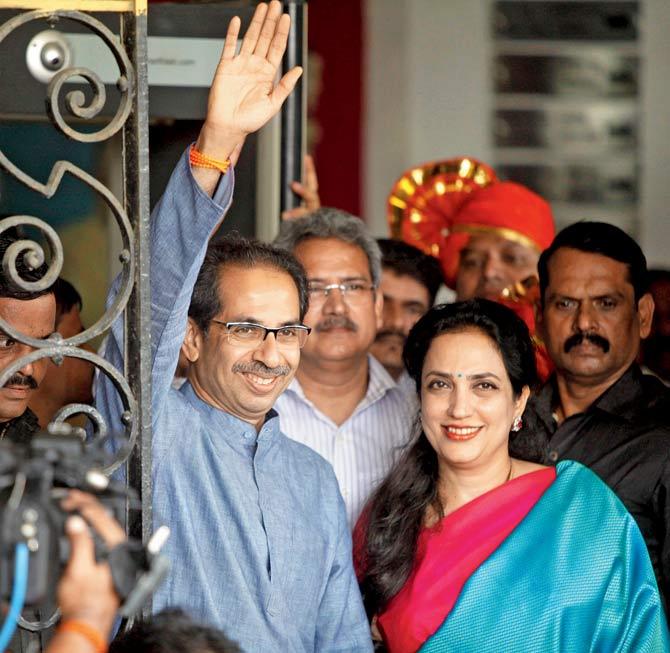 Rashmi Thackeray, who is fondly called 'Vahinisaheb' is also one of the key advisors of Sena chief Uddhav Thackeray. 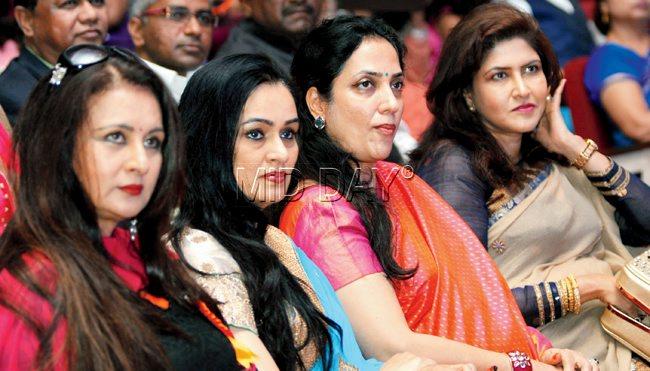 In picture: Rashmi Thackeray snapped with Poonam Dhillon, Padmini Kolhapure, and Kanchan Adhikari at an event in Mumbai. 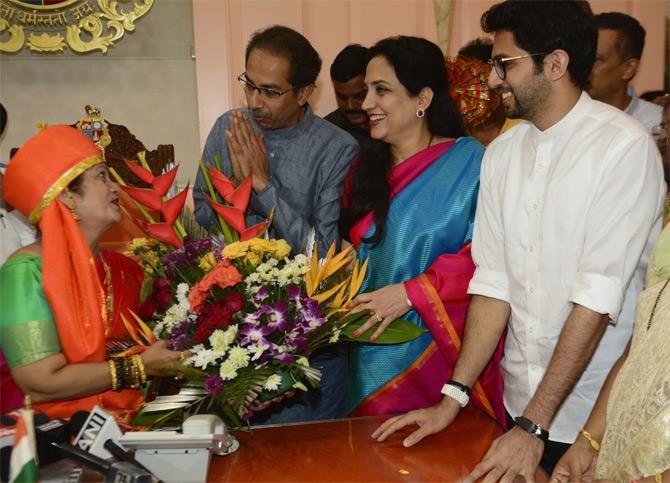 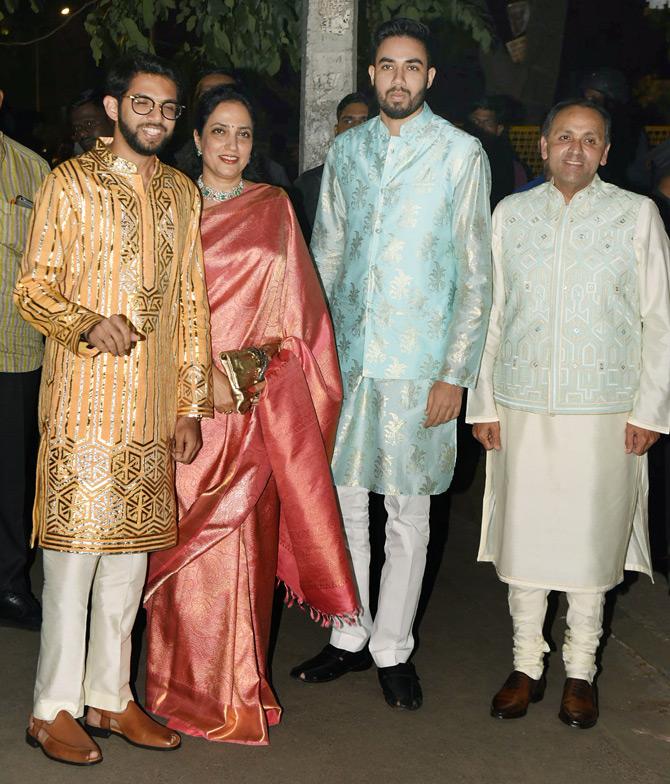 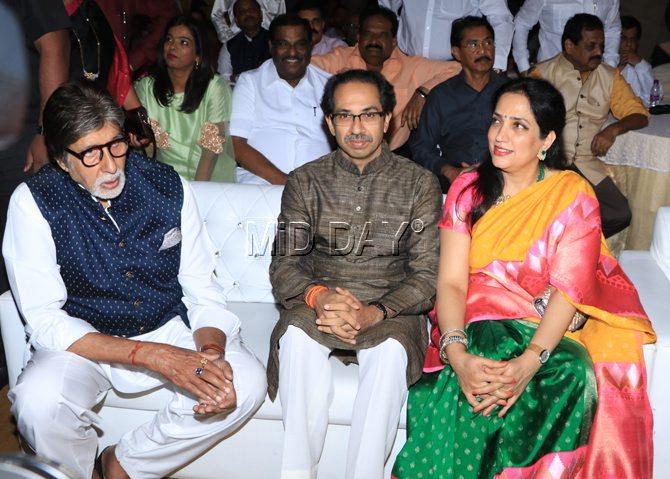 Uddhav Thackeray and his wife Rashmi Thackeray with actor Amitabh Bachchan during the teaser launch of Balasaheb Thackery's biopic in Mumbai. 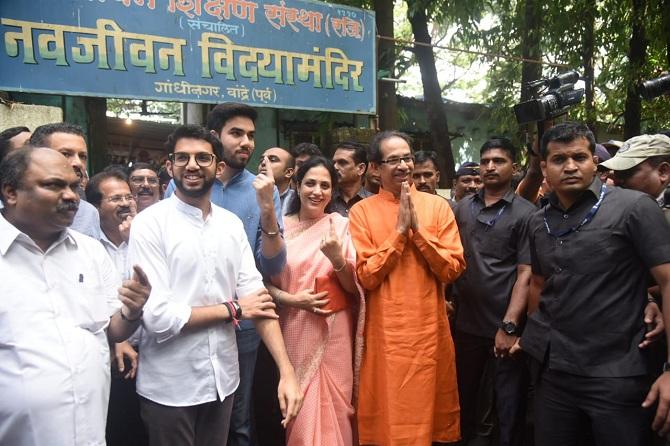 In picture: Uddhav and Rashmi Thackeray with their sons, Aaditya and Tejas pose for the shutterbugs after casting their vote in the state assembly elections.

Astad Deboo: The man who put Indian contemporary dance on the world map 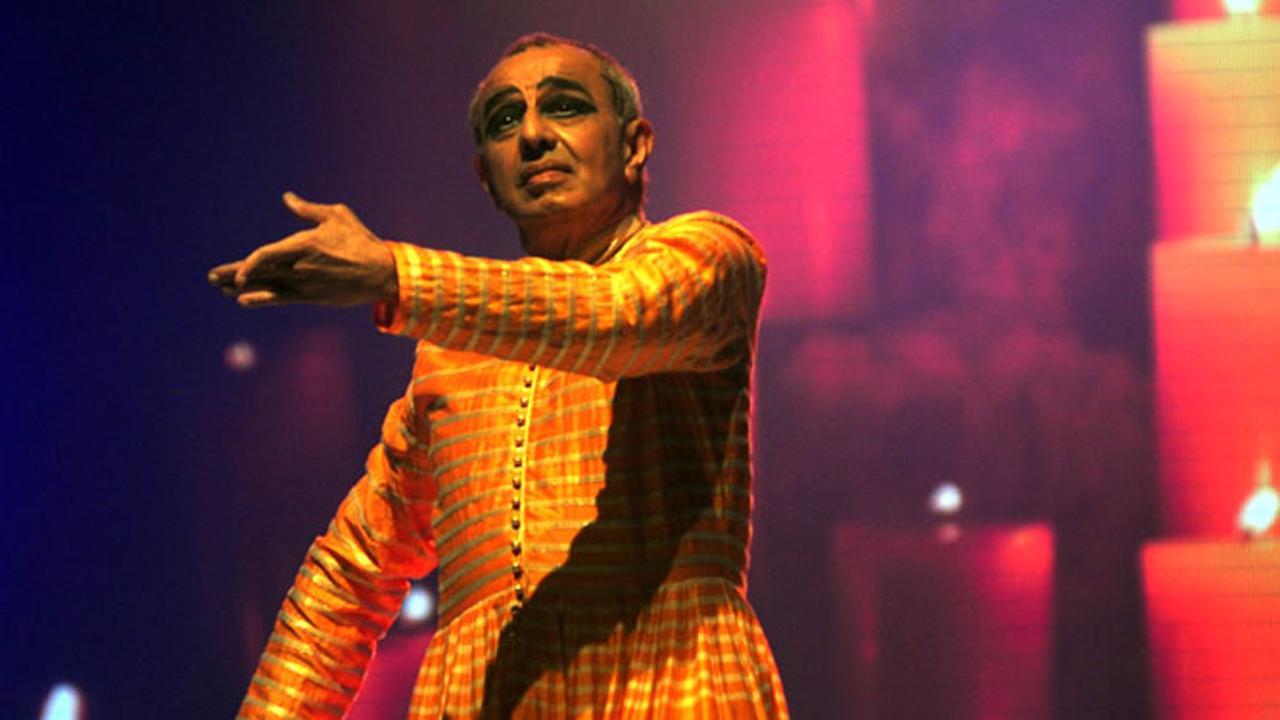 Amruta Fadnavis shares inside photos with Bollywood celebs during Umang 2019 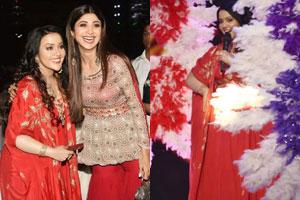 Did you know Ananya Birla sang, played guitar at clubs in UK? 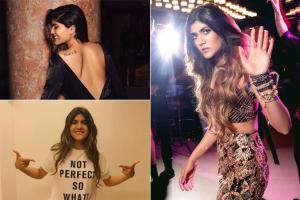 These photos of Yuva Sena chief Aaditya Thackeray should not be missed! 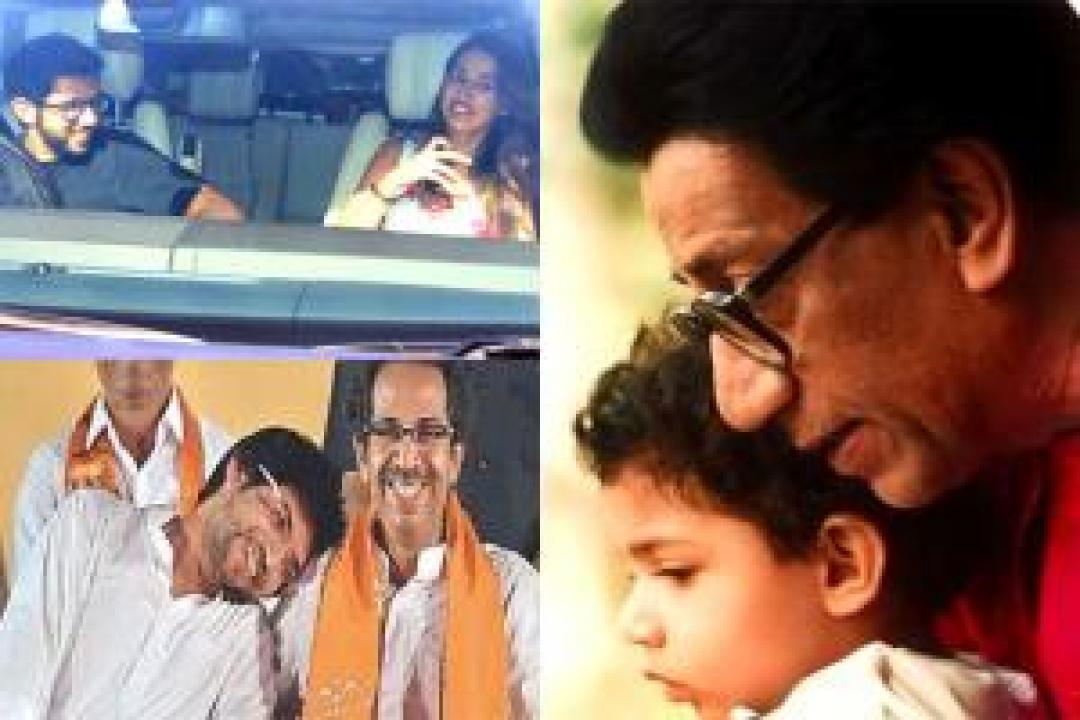 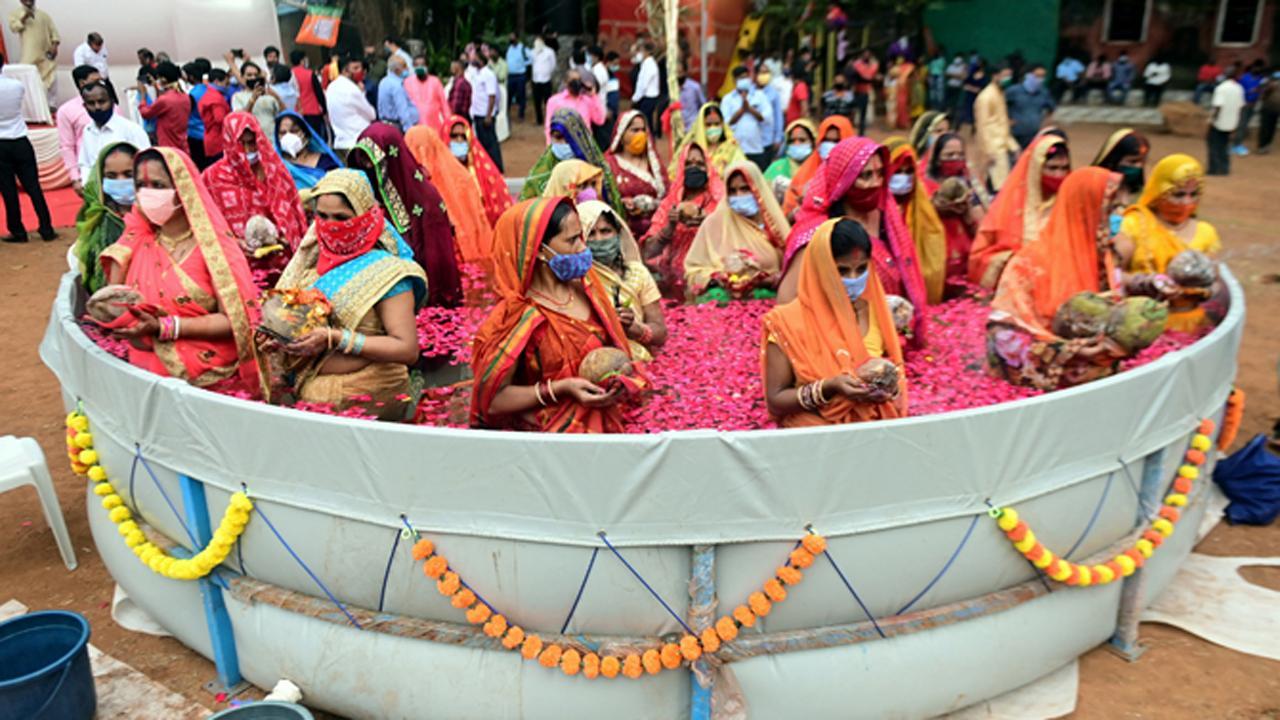 In pictures: Remembering MF Husain on his birth anniversary 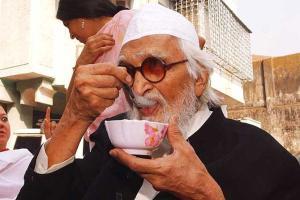 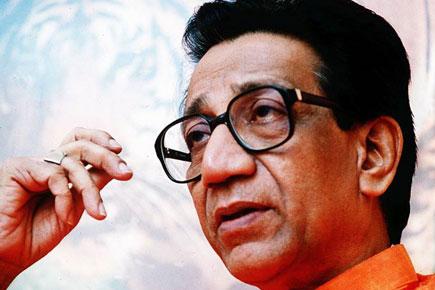 On Bal Thackeray's birth anniversary, some rare photos of the 'tiger' 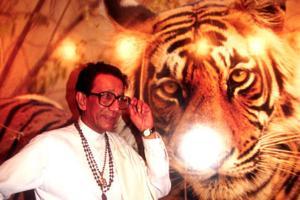 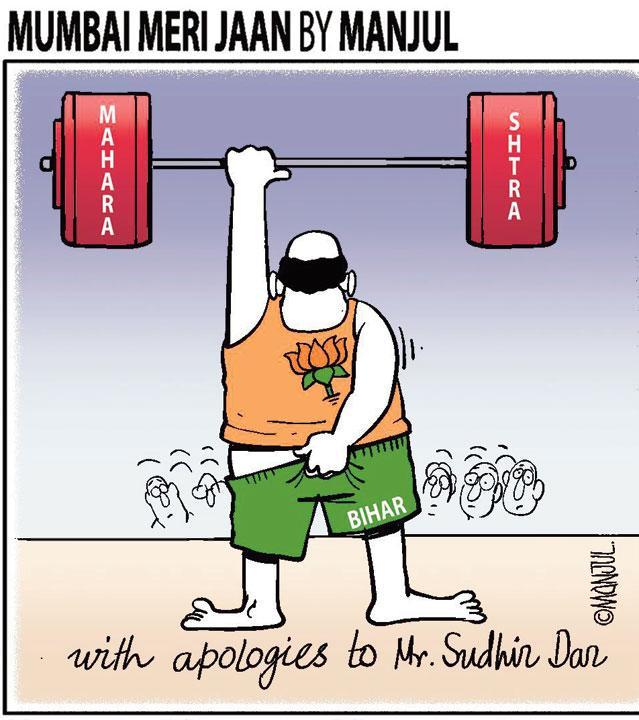