Kathakali comes full circle at the Keli festival in Mumbai

The latest edition of the Keli festival presents performances by a 77-year-old artiste harking back to a rare tradition in the dance form, which his guru introduced Mumbai to in 1997 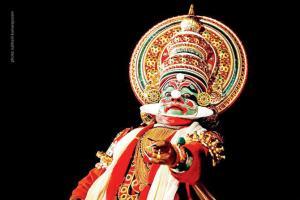 
Only those who have been uprooted know the void that displacement brings. When Ramachandran K arrived in Mumbai in 1990, he found no platform to watch a Kathakali or koodiyattam performance — something that was routine when he was studying to be a printing technologist in Thrissur, also home to the well-known performing arts centre, Kerala Kalamandalam. "But we must take our roots wherever we go," says the 57-year-old. And that was the genesis of Keli (good beginning in Malayalam), a Mumbai-based charitable organisation striving to preserve the classical cultural heritage of India. Its annual festival, which began in 1997, has celebrated an array of art forms including Mohiniattam, thayambaka and the vanishing rhythms of Kerala. This weekend it is back to where it all began. 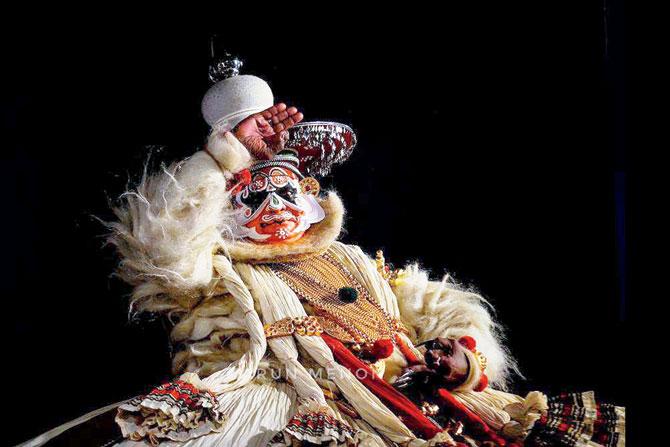 The three-day Keli Kathakali Festival will showcase three episodes from the classical dance form in a rare tradition represented by the late Guru Keezhpadam Kumaran Nair, who performed at the inaugural edition of the festival. Taking this cultural baton forward is his 77-year-old disciple and Kathakali exponent, Guru Sadanam Krishnankutty, known for his presentations of heroes, anti-heroes, demonic characters, Hanuman and female roles. He will perform with 19 artistes.

"This edition is a revisit to the 1997 festival. Keezhpadam Kumaran Nair was 81 then, but he performed for three hours, matching the stamina of his young troupe," recalls Ramachandran, also the festival director, adding that Nair worked towards contemporarising the form and content of Kathakali, for he believed that a traditional art form must engage newer audiences.

In an email interview, Irinjalakuda-based Krishnankutty tells us, "[Nair] was a visionary with innovative insight but strict adherence to the base of the art form. While other actors of his time innovated mostly the form, he focussed on the content. He had a social vision and was conscious about gender roles. Kathakali is a male-dominated form. Its content, drawing from the epics, too is from a masculine perspective. But he re-interpreted the female characters, raising their social status. Sita, for instance, who is abandoned by Rama asks a thousand silent questions through dramatic movements in Nair's version."

He adds that Nair improvised the footwork by splitting and redesigning the rhythm, and re-interpreted the acting, dance and mime elements of the art form, giving it a different aesthetic. Krishnankutty will perform the Sita-Hanuman episode, called Lavanasura Vadham, on the third day of the festival. The other performances include Kiratham, an episode involving Arjuna and Shiva-Parvati, and Narakasura Vadham, about a mighty demon in the age of Krishna.

Ramachandran informs us that the performances will take place across venues in the city — including one at the Department of Atomic Energy Convention Centre — and since they use a blend of Sanskrit and Malayalam, the dances will be accompanied by the projection of subtitles. In fact, making kathakali and other art forms from the southern states accessible to Mumbaikars has been at the core of the festival. For this, Ramachandran collaborated with theatre personality Sanjna Kapoor in the first five years. The festival sees several students in attendance as a result of their outreach programmes, some of which have been facilitated by Kapoor and Sameera Iyengar's theatre movement, Junoon.

Over the years, the festival has seen many such collaborations, with Pt Jasraj, Kishori Amonkar, Kanak Rele and Ustad Allarakha attending the events and engaging in creative exchange. "Zakir Hussain would sit throughout our Rhythm Festival we would have at the Horniman Circle Garden," shares Ramachandran, who vividly remembers listening to the beats of a thousand drummers from dusk to dawn in his village in Thrissur. "It is indeed a coming together of diverse art fraternities. And this dialogue that transcends language, geography and culture is our aim."

Next Story : Indian artistes making waves at this Mumbai College