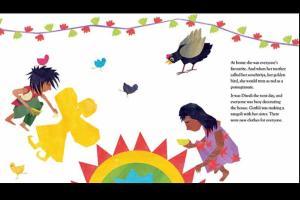 Kanak Shashi has used hand-painted collages in the book


The Internet is flooded with “gender reveal” videos — something expectant couples film after they learn of the child’s gender. It usually comprises bursting balloons or setting off smoke bombs in shades of pink and blue. Although this isn’t a trend in our country, we’ve grown up with defining gender as a binary. So, when we come across a children’s book, Guthli Has Wings (Tulika Publishers), which released last week and addresses gender identity, we wonder how the author would illustrate a subject — that adults have trouble understanding — for those aged six years and above.

Written by Bhopal-based Kanak Shashi, the story of Guthli, a free-spirited child who loves wearing his sister’s frilly frock, doesn’t just depict a transition of gender identity alone, but also how a parent (like Guthli’s mum) comes to terms with it — initially shrugging off the idea when her son asks, “And why do you keep saying I’m a boy when I’m a girl?” 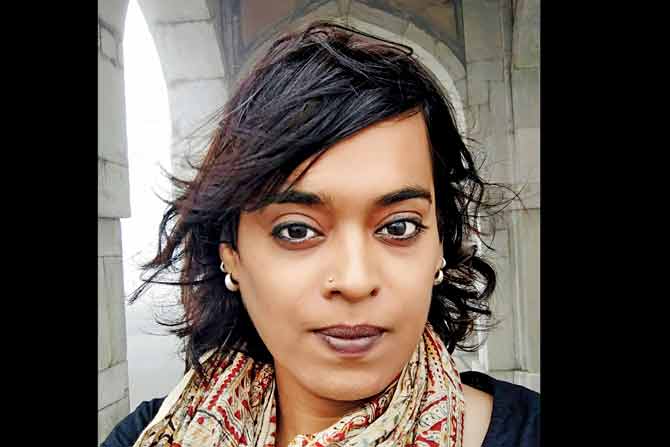 The 38-year-old author-illustrator maintains that the title came out of a long process of observation. “I don’t recall any particular moment or incident that inspired the story... I was working with schoolchildren at the time when I wrote this in 2010. We used to do lots of activities around gender roles and that experience played a role too,” she says, adding how there’s also a performative aspect with respect to how gender roles are framed, taught and performed. “This process starts fairly early in life — probably, right from the moment the infant starts perceiving the world and forming ideas about it. I just wanted to create something that subverts this whole process,” she explains.

Shashi used hand-painted sheets to make collages that feature in the book. “In some of the frames, I used the play of negative and positive spaces. The main challenge was to make the book interesting and unburdened of the fact that it’s a book on a less-talked about subject,” she says, hoping that it will help readers look at gender identity in a new light. “There are not one, two or three... but many possibilities of gender. However, our social structure doesn’t allow that. Patriarchy keeps boys first, then women and then, at last the ‘others’ — if at all they find any space! I hope that the story will inspire the reader to imagine a world that is not bound by the strict binaries, and power structures of patriarchy and the violence that it causes.”

Nila and Najam
This book authored by Ashwini Ashokkumar and illustrated by Anushka Jajodia is a story of twins and their ambitions that deviate from gender stereotypes. While the girl dreams of building her own robot, the boy wants to become a teacher.

The Boy and the Bindi
Written by Vivek Shraya with Rajni Perera as the illustrator, the book is about a five-year-old boy who becomes fascinated with his mother’s bindi.

Share
mumbai guide things to do in mumbai mumbai news

Next Story : A take on health