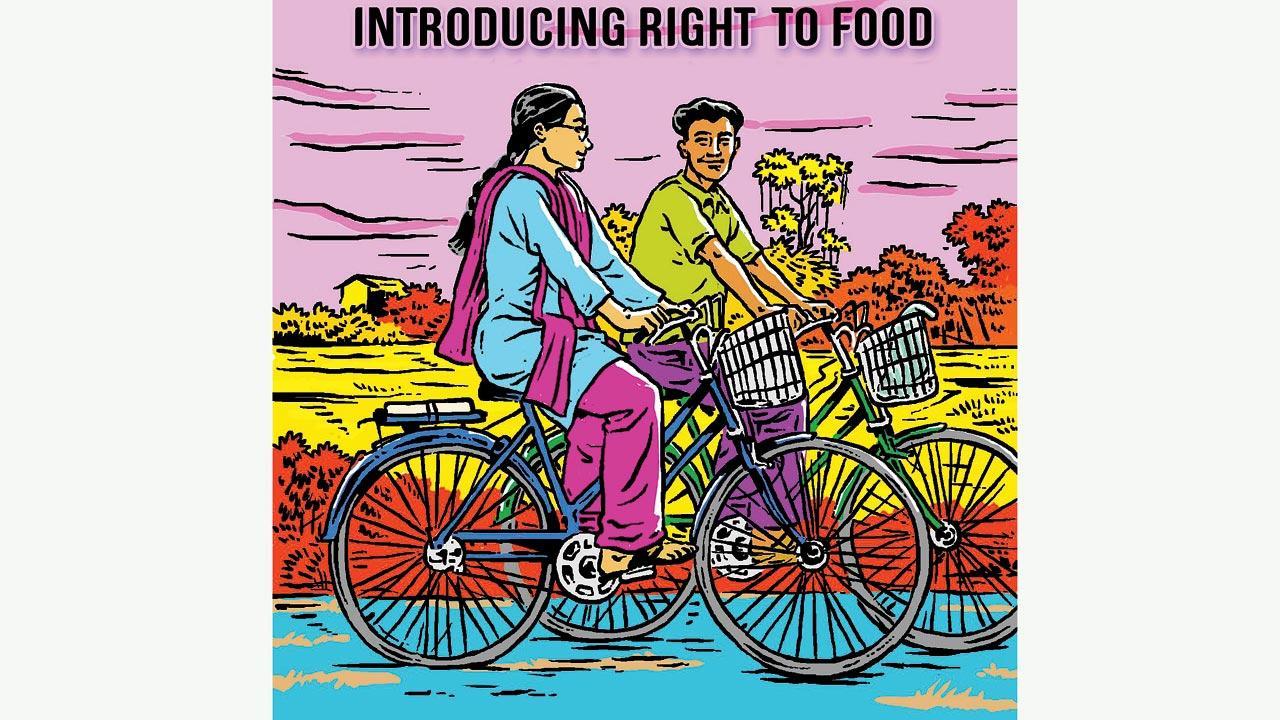 The series is led by two young characters, Soni and Lucky


How does the food on your table reach you? Who grows the rice you had for lunch? Is farm to table a reality for cultivators? These are questions that Soni and Lucky — two young Indians travelling across the country — are chasing in #IndiaGraphicSeries on Agriculture and Food Security, a new web comic created by comic book artistes and illustrators Orijit Sen, Vidyun Sabhaney and Harsho Mohan Chattoraj, in collaboration with Rosa Luxemburg Stiftung – South Asia. The series, initiated by the NGO Focus on The Global South, aims to illustrate the complexity of agricultural practices, farmers’ issues and food security in the country. 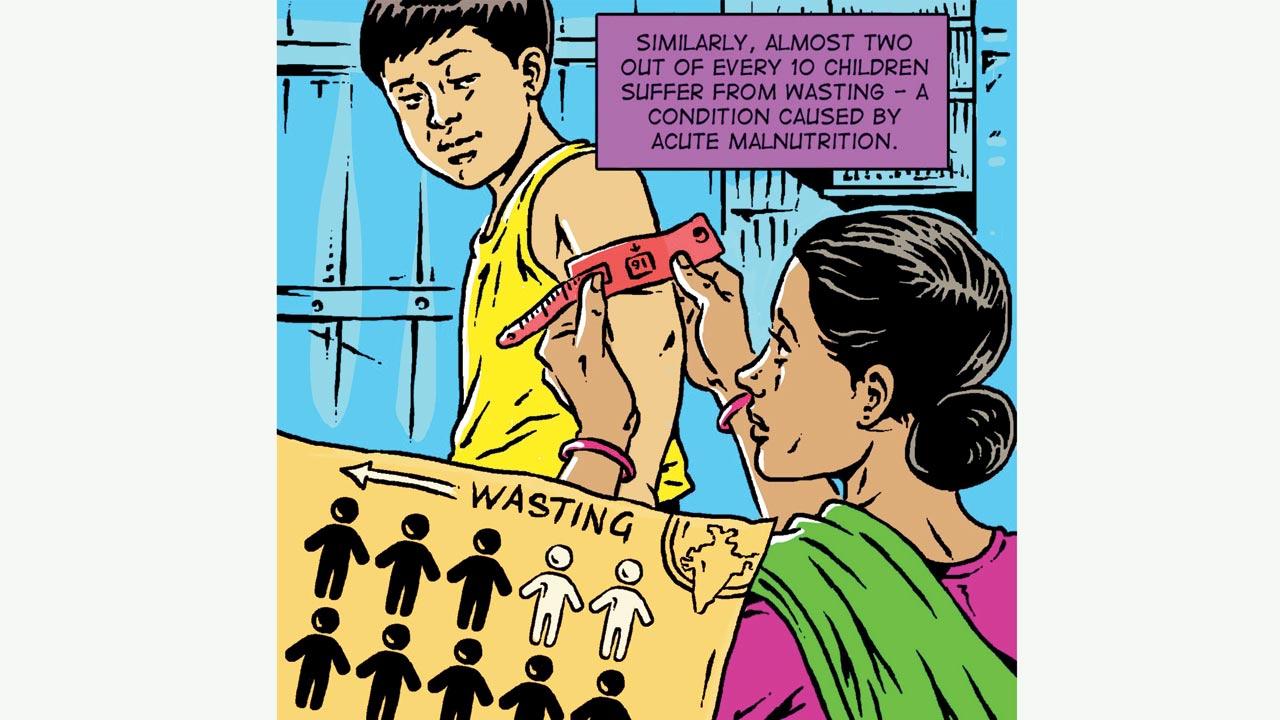 A panel from the second module on hunger and under-nutrition. Pics Courtesy/FOCUSWEB.ORG

The series is divided into 15 weekly two-part modules. It follows on the heels of the year-long farmers’ protest that kicked off against three contentious farm laws by the Centre, which were ultimately repealed. The storied protest was one of the sparks behind the web comic, Sen tells us. “People generally think that farmers’ issues are farmers’ issues; they don’t realise that we’re all part of the process and as consumers, we’re responsible for making the correct choices,” he reasons, adding, “But because of the efforts of farmers during the protests, there’s been a shift in the attitude of the urban consumer. It’s a good time to build on that and establish a connection between the farmer and consumer, who belong to the same side.” 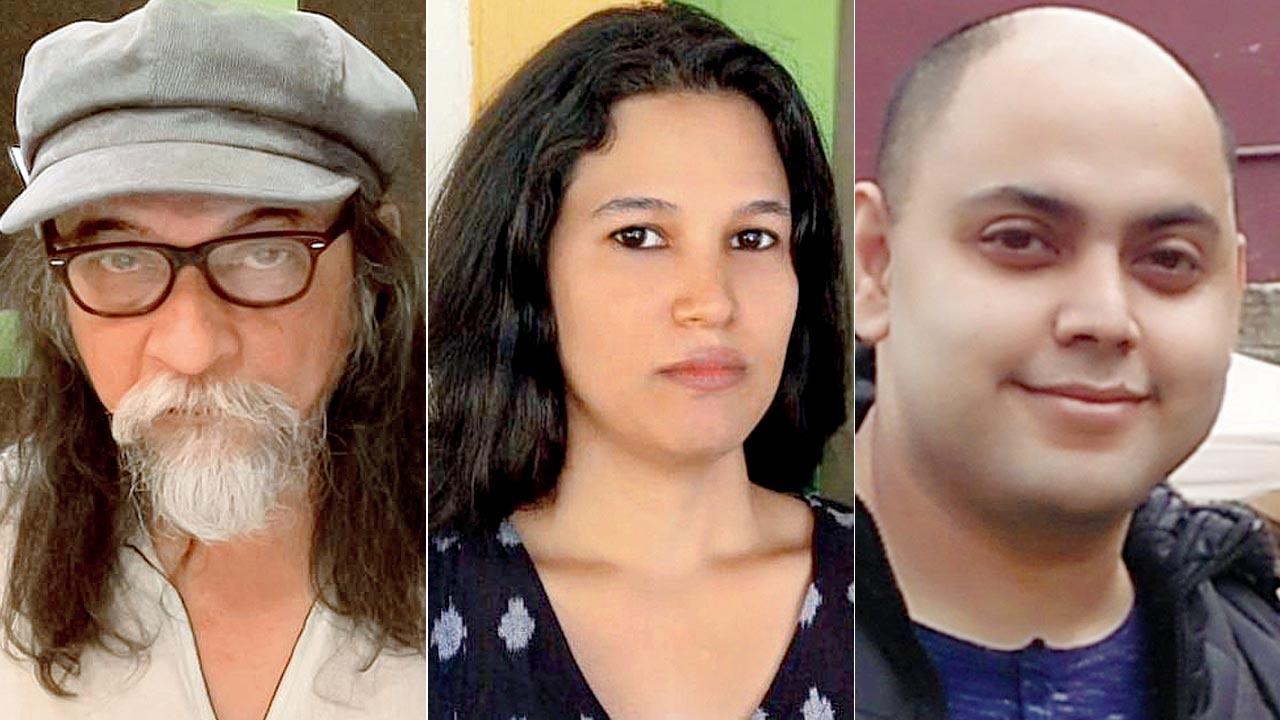 The comic begins with an introduction to Right to Food, seen from the eyes of a flood-hit cultivator and an anganwadi worker in Assam, where our Maharashtra MLAs were seen camping amid a political slugfest just days ago. Peppered with crucial statistics, the series then leads readers into the intricacies of hunger and under-nutrition. Sabhaney, who has documented the farmer’s protest, shares that they’ve tried to balance facts with an engaging narrative. “The idea is to familiarise people with how policies on food and agriculture are organised,” shares Sabhaney, who works on the scripting process.

In the coming days, the series will delve into the history of Minimum Support Price (MSP), the Public Distribution System (PDS), the mid-day meal scheme, the politics of food, and possible resolutions. Chattoraj, who works on the illustrations, asserts  the project will engage readers who are disconnected from the reality of how food travels to their table. “Those who live in cities, our eyesight is blocked; it’s through art like this that we can get an idea of the ground reality.”

Next Story : Here's how you can keep your pets happy, safe during Mumbai rains