The recent video of an ageing ballerina swaying to Swan Lake reignited discussion on the role of music therapy in dementia. Experts weigh in on the benefits 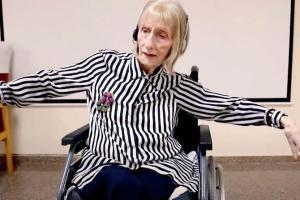 A still from the video of Saldana moving to Swan Lake. PIC/Asociacion Musica para Despertar


In a viral video clip, Marta Cinta González Saldaña — a former ballerina diagnosed with Alzheimer’s disease — can be seen undergoing an amazing transformation while listening to Tchaikovsky’s Swan Lake. Her eyes light up, her hands mimic the motions of the mythical swan queen, and she even discusses wearing pointe shoes, a relic from her dancing years. The video highlights the tremendous impact of music on individuals suffering from dementia, a term used to describe various symptoms of cognitive decline. 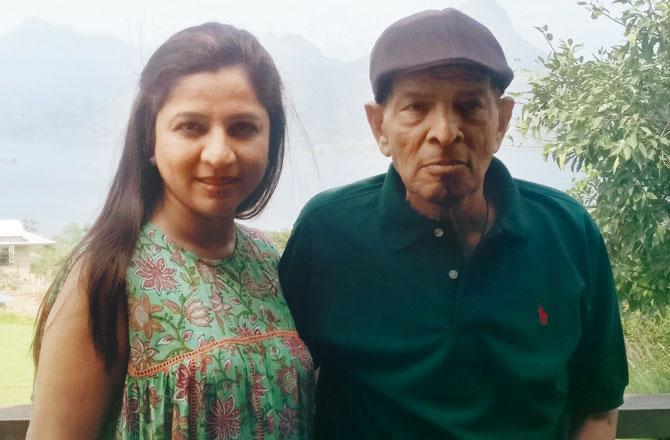 Riddhi Doshi with her father

How music helps
“The words and temporal structure of songs fit together like pieces of a puzzle and get etched in our memory. The more we listen to a song, the more connections are formed in our brain, enabling us to create associations and recollect the entire piece. Music has been found to enhance secretion of ‘happy’ hormones, such as serotonin and dopamine, all of which improve our emotional state,” explains Dr Pradeep Mahajan, a regenerative medicine researcher. 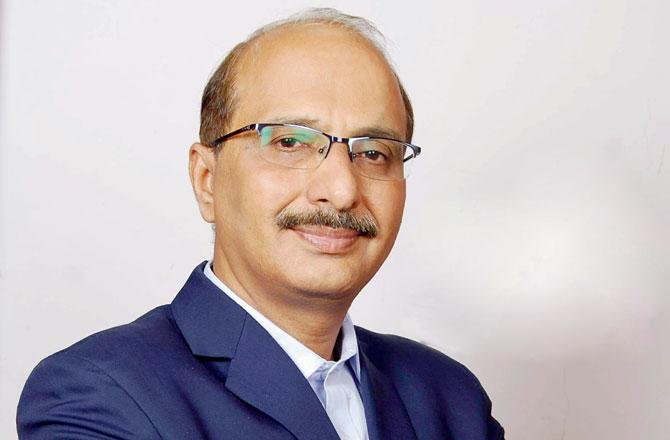 By changing behavioural patterns and mood, music can alleviate neuropsychological stress, provide pain relief, and reduce anxiety, he adds. In the case of Alzheimer’s disease, which is one of the most common causes of dementia in old age, affected individuals tend to forget even the most basic aspects of life. “It is a neurodegenerative condition, where deposits of certain proteins in the brain disrupt existing brain cell connections, sometimes leading even to the death of brain cells. This causes that individual to lose association between objects and actions in the early stages (forgetfulness), and progressively the ability to understand people, things, surroundings, time, and space.” He elaborates that with different regions of the brain being stimulated by music, listening to or playing music can help in slowing cognitive retardation. 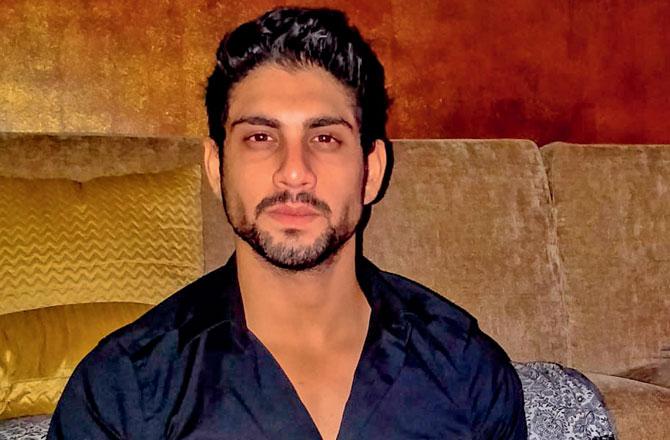 Samay Ajmera, a music therapist shares how music can help those with dementia:
1 Orientation: Playing music that the patient has enjoyed before (s)he was diagnosed can bring him/her back to the present. “They feel a sense of validation when they can connect emotionally to a certain song. This feeling can last for hours or an entire day, depending on how strong the connection is,” Ajmera explains. He shares that when an elderly couple diagnosed with Alzheimer’s heard their wedding song, both began to sing along. They recalled that they were married and had grown old together. The ability to converse about those moments alleviated some distress.

2 Expression: Many who have difficulty in communicating begin to sing along to songs they heard in the past. Music, therefore, becomes an important tool, suggests Sailesh Mishra, founder of Silver Innings, a community for senior citizens. He had created a playlist of favourite Malayalam songs for a resident who had lost his ability to speak. He stopped violently grinding his teeth and would even sing along.

3 Set a routine: In severe cases, individuals with dementia find it difficult to transition from day to night and vice-versa. Music can help set a routine. “Playing different music and observing their response can help set up a music schedule. Once the desired piece of music evokes the intended response, you can continue to use it over again,” he advises.

1 Gauge history: Create a timeline that includes pieces from various stages of their lives. It helps to use musical pieces that are associated with an important life event, such as a school anthem. If necessary, take the music therapist’s help to create it.

2 Break it up: Mishra recommends beginning the day with chants, hymns, or other soothing music, depending on the individual’s spiritual bent. “In India, music has a tremendous cultural significance — most of us are used to beginning our day with prayers,” he explains. In instances where the individual becomes violent or aggressive, use music to divert their attention. Mishra says, “There’s no point arguing with or reacting to them. Instead, play music to calm them.”

3 Get involved: “Demonstrate your involvement by clapping your hands, tapping your feet, and singing along. Like a child would, the individual will mimic you. Speak with them about the music you have listened to. Engage them in conversations about the memories associated with music,” says Mishra.

4 Eliminate distractions: Dr Chandranath Tiwari, a neurosurgeon at Apollo Spectra Hospital, advises choosing mediums that do not involve advertisements that interrupt the songs since it can cause confusion. “Choose a quiet space with no background noise. Pay attention to the individual’s response. If (s)he is reacting negatively, change the music,” Tiwari signs off.

Music that heals
My 89-year-old father experiences frequent memory lapses. During these periods, he becomes quite agitated. He does not eat; sleeps all the time, shouts, and constantly asks for my mother or his caregiver. He loves old Hindi songs; they remind him of the experiences he shared with my mother from before. We made a playlist of these songs. When he is in a bad mood, we play these songs. It relaxes him, and he gradually calms down. We also play soothing meditative music in the mornings and end the day by chanting the Hanuman Chalisa to music. We began chanting recently when he was hospitalised. Although my father wakes up several times, the chanting has helped him to sleep peacefully through the night. Music also helps to alleviate stress for caregivers — my mother is a classical singer and music has played an important role in our family. Creating a musical environment helps her emotional state.
- Riddhi Doshi, child psychologist

Next Story : The stage is your teacher