Ahead of a lecture in the city, Yale professor Supriya Gandhi discusses her new book where she presents a nuanced portrait of the Mughal prince, detailing his spiritual and political pursuits 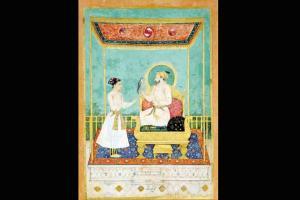 Shah Jahan accepts a falcon from Dara Shukoh, circa 1630


We tend to associate historical personalities with a single instance: Akbar and his Navratnas, Shah Jahan and the Taj Mahal, and Aurangzeb's war with the Marathas. But Jahangir stuffing a rabbit into the mouth of a snake out of sheer biological curiosity isn't as known even though it explains his assiduous personality. Classifying emperors into "good" or "bad" is an unsound indulgence, Dr Supriya Gandhi reminds us in The Emperor Who Never Was (Harvard University Press). The book that released this month traces the life and works of Dara Shukoh, the eldest son of Shah Jahan, who is often seen through a mystical lens. Today, the Yale University lecturer attempts to unravel the prince's relationship with the spiritual and political — domains that are viewed in silos — at the KR Cama Institute of Oriental Studies.

Your research on Dara Shukoh began at Harvard University, where you pursued a PhD. Did your findings surprise you?
Initially, when I was looking for a topic, I shied away from working on Dara Shukoh, because he was so well known. But then I realised that there was a lot more that could be said by simply reading his own Persian works alongside the writings of those in his intellectual network, and also by looking at how later authors and thinkers engaged with him. For this book, I went far beyond my PhD work, and set Dara in the socio-political context of his times. One thing I didn't foresee was the extent to which Shah Jahan and Jahanara joined Dara in his spiritual journeys. I was also struck by how much the prince's writings flourished after his death. 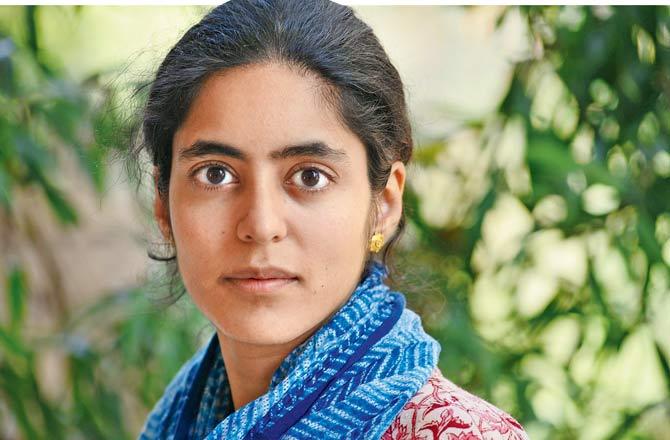 What was most important to you while putting the book together?
I started writing the book in 2014, while living in India. I finished the first draft in 2018 by the end of the summer. In between, I travelled and moved for work a few times, and my son grew from a toddler to a school-going child. While working on the book, I tried to achieve a balance between telling a story, and also conveying a sense of the perspectives and agendas of the many primary sources I used. I also drew on my sources to deduce information that I then used to set scenes or establish chronologies, so as to bring my story and characters to life. One other goal was to convey through my own prose a flavour of the idiom of the Persian chronicles and other primary texts from the period.

You highlight the parallelism of Aurangzeb and Dara Shukoh being both, mythical characters and historical figures. Is that a statement unique to these two?
No, I would say that the same is true for a range of figures from our past who have entered our present — Ashoka for instance, and Akbar, as well as several modern figures. But the Mughals do have this special place in our public imagination.

Who do you hope reads this book?
Anyone who reads books in the Subcontinent! And elsewhere in the world too, though my primary audience is here. The general reader will glimpse a world of royal men and women, dynastic politics, the imperial court, nobles, travellers, Sufis, sanyasis, and the interaction between religious and linguistic traditions in Mughal India. Amid this, I have woven a range of arguments aimed at my colleagues in academia and anyone else who is interested — broad arguments about Mughal sovereignty, for instance, and some more specific ones about how to read Dara Shukoh's writings and assess his legacy.

Next Story : Music in the moonlight