As an Indian music giant and Swedish YouTuber PewDiePie battle it out for more subscribers, Mumbai-based YouTuber Saimandar Waghdhare comes through as the viral sensation 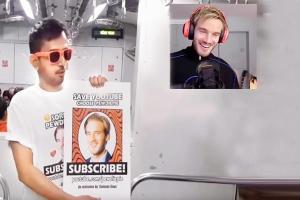 We all live by the fact that Rome wasn't built in a day, but the phrase would perhaps sound unfamiliar if you mentioned it to Saiman Waghdhare. A month ago, the 23-year-old had approximately 5,000 subscribers on his YouTube channel called Saiman Says.

Today, that number has changed to 1,09,312 - at the time of writing this piece. Back in August this year, popular Swedish YouTuber Felix Kjellberg, who goes by the name PewDiePie (PDP), was unsettled by the fact that Indian music company T-Series with its 74.7 million subscribers could potentially surpass his 75 million count, that makes him the most-followed personality on the platform. 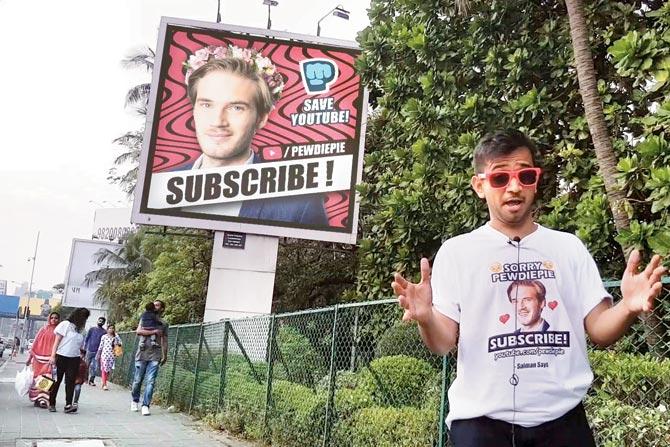 So, Kjellberg released a diss track called B*tch lasagna - in direct reference to Indian men making unsolicited sexual advances to women on the Internet - thus sowing the seeds for a war in the comments section from both fan bases. T-Series president Neeraj Kalyan was even quoted in a newspaper article stating that there is no competition between the two channels as they cater to different audiences.

On the other hand, in a video Kjellberg posted last Monday, he stated, "I don't care if T-Series passes me, but this is all too much fun. I don't remember the last time I had this much fun on YouTube." He also highlighted the support he received from creators and fans who went as far as buying billboards to promote his channel to playing B*tch lasagna for 10 hours straight. That's where Waghdhare fits into the picture. "The channel was created in 2011, but I started actively posting content in 2016. These were mainly vlogs about my day-to-day life, but I then started posting reaction videos to trending issues. When this debate between T-Series and PDP began, I thought it would be a good idea to address it, and I genuinely am a fan of PDP," he tells us.

So, when American YouTuber Jimmy Donaldson aka Mr Beast bought every billboard in his city to help Kjellberg get more subscribers, Waghdhare followed suit. But not literally. He posted a video where he got Mumbaikars to react to the ongoing battle by asking them whose side they're on. Next, he released another video where he digitally edited billboards with T-Series posters. In response, he got a mention in the occasional meme reviews that Kjellberg posts, where he questions Waghdhare, "How much are they paying you Saiman?... Join us, whatever T-Series is paying you, I'll double it."

"It felt awesome. I've been following him for two years and he mentioned my name. So many people are ready to pay money to make that happen," Waghdhare exclaims, and it's safe to say, he accepted the challenge. He released another video; this time, the billboards were in support of PewDiePie.

That ended up getting a total of 1.6 million views. And comments poured in - the good, the bad, and the extremely ugly. "The past few days have taken a dirty turn with some Indian YouTubers spreading misinformation. I've been getting a good response from the international crowd, but with the Indian audience, I'd just like to say it's a case of misplaced patriotism. Why are you getting offended by someone on the Internet? Nobody takes offence when people throw garbage or spit on the roads," he says, adding, "PewDiePie has sarcastically talked trash about other countries many times. But people from those countries never took offence. They understood the fact that it was in good humour. Why can't we be like them?"

In his latest video, Kjellberg also addresses the racist comments that his fans have made towards Indians. And the YouTuber proceeded to raise 1.6 crore for NGO Child Rights and You (CRY) to help child labourers in India. As for Waghdhare, he hopes that people become more understanding while he proceeds to make content he believes in. "That is something I've learnt from PewDiePie. He makes videos for his fans every single day. Given how popular he is, he doesn't need to. I will also make whatever I feel like."

Next Story : The teen who ruled the lord's heart