Enraged over the woman turning down his proposal, Chavan rushed to her house and allegedly attacked her with a sharp weapon, the official said 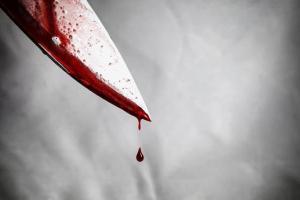 
A 28-year-old man was arrested on Wednesday in Nashik district for allegedly stabbing to death a 21-year-old woman after she refused to marry him, a police official said. Suraj Chavan, a resident of Kasbe-Sukene village in Niphad taluka, surrendered to the police after the incident yesterday, he said. He had earlier proposed to the woman but she refused to marry him, he said.

Enraged over the woman turning down his proposal, Chavan rushed to her house and allegedly attacked her with a sharp weapon, the official said. The woman received injuries to her back, neck, and hands and died on the spot, he said. Her father also got injured while trying to save her.

He is undergoing treatment at a government hospital, he said. Later, Chavan surrendered at the Ojhar police station and was arrested, the official said, adding that a case was registered against him under relevant sections.

Edited by mid-day online desk with inputs from PTI

Next Story : Thane: Children testify against father for abetting their mother's suicide