According to the police, the incident took place on Sunday afternoon, when the aged woman was at her friends house, close by her home 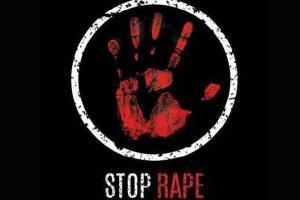 
Police in Kerala has taken three people into custody for brutally assaulting a 75-year-old woman.
According to the police, the incident took place on Sunday afternoon, when the aged woman was at her friend's house, close by her home. The police while being tightlipped on the incident, have registered a case under sections of rape and said the probe has begun.

The Kerala Women's Commission has also suo moto registered a case. "The police have told us that the probe is going on and arrests would be made soon," said a commission official on Tuesday.

The woman is understood to have been promised tobacco to chew and was brought to her neighbour's house, where the incident took place. After a while, the bleeding woman was brought back to her home and later taken to a nearby hospital.

From there she was moved to the private medical college at Kolenchery and an emergency operation was performed as doctors are closely monitoring her condition which is said to be serious.
She has serious wounds inflicted by a sharp object and her private parts also have injuries.

Local village council president K.K. Raju told the media that no one knows if she had been raped as the police have to probe.

Next Story : Indian-origin woman researcher killed while jogging in US